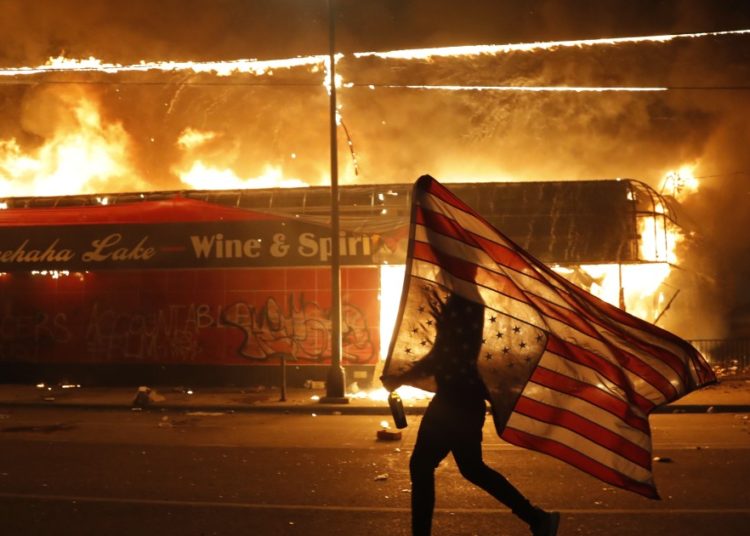 (D)efund the police???  You don’t have the ballz!!  I’m using a bit a reverse psychology here in hopes you actually do pull the trigger (no pun intended).  Nothing would please me more than Minneapolis becoming the test case for this wonderfully thought out experiment.

So let’s see…last year African Americans were the victims of homicide over 7,000 times. But that is not simply 7,000 lives lost.  Since African Americans are murdered primarily by other African Americans, you can double those lives lost.  After all, a life bid is a life lost.  How many African Americans would fall victim yearly if police forces were disbanded?  We’re already at 14,000 on the low end.  Soooo 30,000?  50,000?  Bear in mind that the 7,000 deaths are above the roughly 235 that were killed by police use of force.  7,000+ to 235.  I (D)are you to (D)efund the police.

Need proof that our current state of affairs in America has been by design??  Dating back to LA in 1992, every controversial video involving police and African Americans has come from cities that have been under control of leftist progressive Democrats. Every time it’s the same story.

They throw their departments under the bus. They collect as much political capital as they can. And then fix nothing. They’re never asked to address why it is THEY that continually hire these alleged racist cops.

A few months ago these same Democrat run cities implemented the most draconian rules to deliberately (D)estroy their economies to hurt our current president. We know their destructive shut down orders aren’t based in fact or science because these same cities led the country and the world in deaths.  And who bore the brunt of those policies? The po po.

Who were forced to arrest park visitors and hair stylists by executive order?  The po po.

But here is the real reason why the police will never be (D)efunded or (D)isbanded…. because Democrats will have no one to blame during the next election cycle.  We have always been the whipping post for leftist politicians.  We’re easy targets.  We’re boogeymen.  And we can take it.  And after they blast us, they usually buy us with pay raises and better benefits.  Because they know that they’re full of shit.

And that “go to” boogeyman to blame is worth just as much political capital as having mindless sheep as a voting base.

So to the Minneapolis City Council, I say bring it.  But you’re bluffing.  I know it.

Share and speak up for justice, law & order...
Tags: Bulletheadcowardsdemocratseditorialleftist