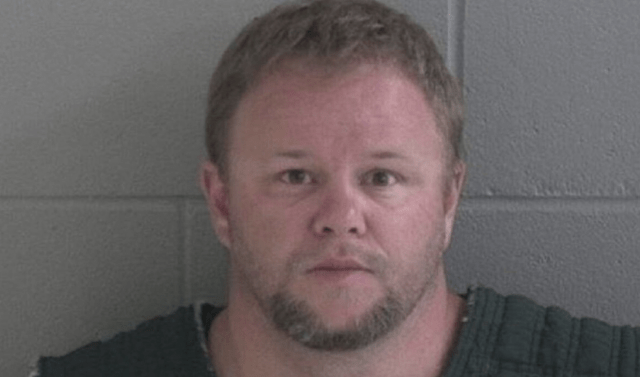 Michael Jones is being questioned in the death of his wife and her four children. (Brantley County Sheriff's Office)

MARION COUNTY, Fla. – Authorities in central Florida on Monday said they believe a woman and her four children gone missing several weeks ago were killed in their home by the woman’s husband, Michael Jones, who then transported their bodies to Georgia.

The Marion County Sheriff’s Office in Florida said they found what they believe are the remains of four children after interviewing Jones. The children were found hours after their slain mother was located in her vehicle, FOX News reported.

The bodies of Casei Jones, 32, and her four children — Cameron Bowers, 10; Preston Bowers, 5; Mercalli Jones, 2; and Aiyana Jones, 1 — were all found in Georgia, the sheriff’s office said at a news conference in Ocala, Fla.

Georgia law enforcement officials said Jones was found in a car in Brantley County, which is about 140 miles north of Marion County.

However, the children were not in the vehicle and the Sheriff’s Office did not reveal where their remains were found.

Nevertheless, investigators were able to find the children after questioning their father, Michael Jones. Marion County Sheriff Billy Woods said Jones, 38, whom he described as “evil,” is a suspect in their deaths.

Jones reportedly told an officer he had a traffic accident and that he disposed of the bodies of his children.

Yet investigators believe Jones murdered his family in their Summerfield home and stored their bodies for several weeks before driving them across state lines in a minivan.

Consequently, he is charged with second-degree murder in connection with his wife’s death. More charges are expected to be announced in the coming days.

Casei Jones and the children were reported missing by loved ones on Saturday. They had not been seen or heard from in six weeks.

The family had no history of domestic violence issues and Casei Jones never filed for divorce, authorities said.