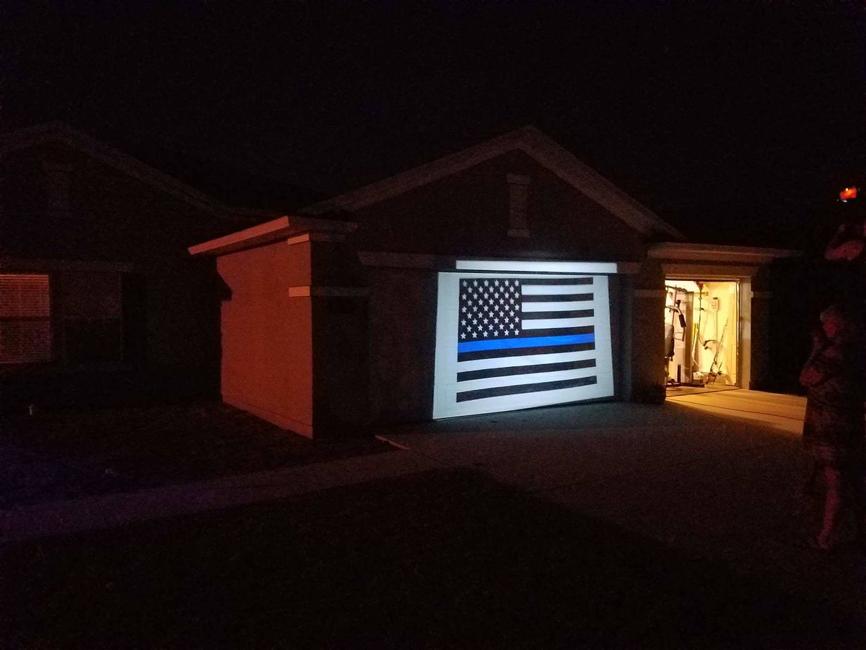 The Florida homeowner who was asked by her homeowners association to remove a Blue Lives Matter flag from the outside of her home a month ago has now found a new way to get the message across.

WOKV reports that a projector is now beaming the flag onto the homeowner’s Samara Lakes garage at night instead of having it hung from a flagpole attached to the home.

Jeff Gaddie said that his daughter had flown that flag for years before she got a letter requesting she take it down after a neighbor complained the flag was racist.

“It doesn’t seem to quite be covered that a projector from a vehicle projecting on your garage door is a violation of the HOA,” Gaddie added.

The homeowner’s association has yet to respond to a request for an appeal of the flag decision.