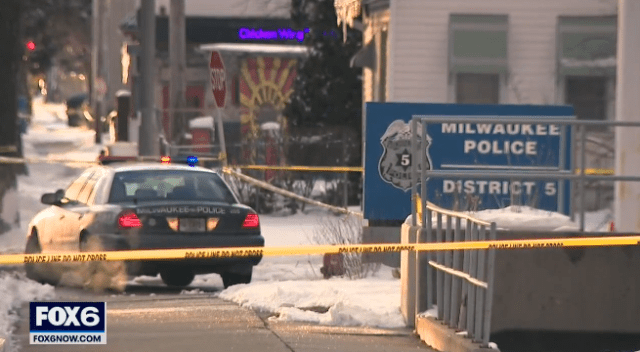 MILWAUKEE – A suspect is in custody after opening fire at police staff and civilians in the lobby of Milwaukee’s District 5 police station about 3 p.m. Friday.

The gunman was wounded by officers who chased him down on foot as he tried to flee, Chief Jeffrey Norman told members of the media.

The shooting comes on the heels of a highly publicized custodial death at the facility on Wednesday, when Keishon D. Thomas, 20, died in a holding cell at the station, Milwaukee Journal Sentinel reported.

Three officers were suspended following Thomas’ death, and the investigation is ongoing, Norman confirmed in a news conference earlier Friday.

Investigators are trying to determine if the two events are related, according to Yahoo News.

“We are still looking into all angles of this,” Norman said of the Friday shooting during a press conference later in the day.

Following gunfire aimed at the police lobby where “several” members of the community were present, an officer returned fire, prompting the suspect to flee, Norman said.

Several officers went into foot pursuit of the gunman in the 2900 block of North Sixth Street, where “multiple” officers shot at him. The fleeing gunman was hit “multiple” times, according to the chief. 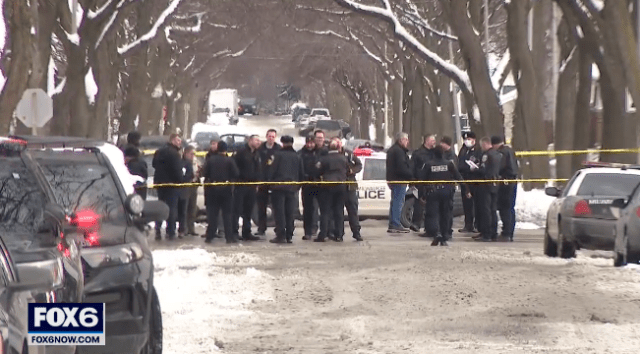 The unnamed 23-year-old suspect was hospitalized with injuries that are not life-threatening, Norman said.

No officer or civilian was injured during the shooting and the weapon was recovered. Seven officers have been placed on administrative duty per normal protocol following the officer-involved shooting, Yahoo News reported.

The West Allis Police Department is leading the investigation as a part of the Milwaukee Area Investigative Team.