Georgia Deputy Indicted For Use Of Force 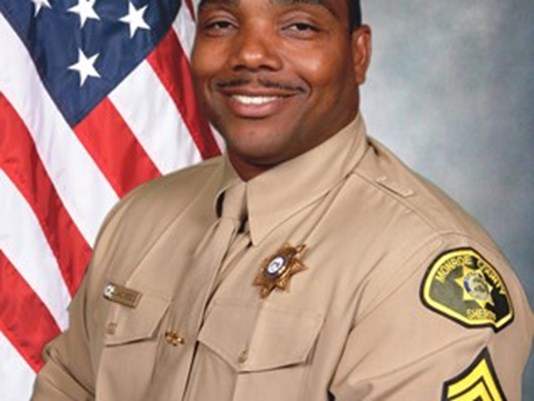 A grand jury indicted a Monroe County (GA) deputy for inappropriate use of force.

Sergeant William Jackson responded to a call back in July of 2016 regarding Micka Martin and her husband. They were traveling through Monroe County, when her husband called police for her irate behavior due to alcohol.

Jackson arrested Martin after he found marijuana in her bags.

Police say Martin attempted to head butt and spit at Jackson at the jail. Jackson then struck Martin multiple times while handcuffed. The grand jury felt that was an unauthorized use of excessive force.

It was discovered after video was reviewed by the department.

Jackson’s charges are simple battery, battery and violation of the oath of office by a public officer.

WMAZ reports that Jackson has no history of any prior complaints regarding use of force and no prior disciplinary action during his 14 years with the sheriff’s office.

Share and speak up for justice, law & order...
Tags: deputyindictmentNewsuse of force