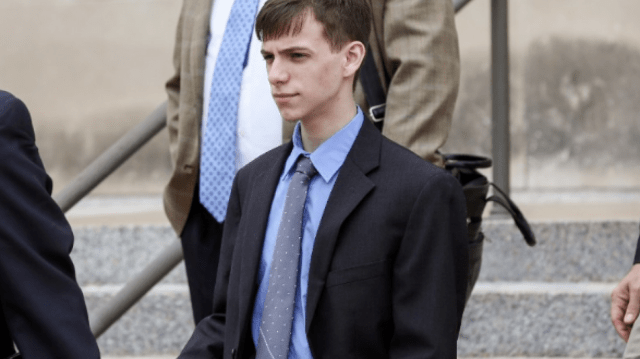 WICHITA, Kan. – An Ohio gamer who recruited another person to make a fake emergency call, known as “swatting,” that led to the fatal shooting of a Kansas man by police was sentenced to 15 months in prison on Friday, prosecutors announced. The co-conspirator previously received a 20 year sentence.

Casey Viner, 19, was also ordered to pay $2,500 in restitution. Moreover, the gamer will have two years of supervised release after he leaves federal prison.

Viner pleaded guilty in April to one count of conspiracy and one count of obstructing justice, FOX News reported.

As part of his plea, Viner admitted trying to hide his involvement in the December 2017 episode when he realized the antic had gotten someone killed.

Prosecutors and defense lawyers in their plea agreement had recommended a sentence of two years of probation, with the added condition that Viner be confined for six months to his home unless attending school, work or church. They also jointly recommended the gaming restriction, according to the report.

However, U.S. District Judge Eric Melgren said a prison sentence was required due to the serious consequences of the offense. It was foreseeable that something bad could happen by calling an armed police force to respond to what officers thought was an escalating situation of violence, he said.

“We impose sentences not only for what people intend, but what happened,” Melgren said.

“Swatting, and soliciting others to swat someone, are more than foolish,” U.S. Attorney Stephen McAllister said in a statement. “Such actions are reckless, dangerous and, as this case proves, potentially tragic. Swatting is not a prank, and it is no way to resolve disputes among gamers. Once again, I call upon gamers to self-police their community to ensure that the practice of swatting is ended once and for all.”

The case originated with a $1.50 bet between Viner and “Call of Duty: WWII” opponent Shane Gaskill of Wichita, Kan. Gaskill refused to pay up, and police said Viner asked Tyler Barriss, 26, to “swat” Gaskill. Barriss called the police in Kansas from his home in Los Angeles to give a false report of a fake shooting and kidnapping at a Wichita address assumed to be Gaskill’s.

Yet they were wrong, dead wrong!

Gaskill and his family previously lived at that address but were evicted in 2016. A SWAT team showed up at the house, which at this point belonged to 28-year-old Andrew Finch. The officers believed they were dealing with a man who had shot his own father and was holding family members hostage. An officer shot and killed Finch, and his family members have sued the Wichita Police Department. Police said they believed Finch had been reaching for a gun as he lowered his hand near his waistband. The local district attorney declined to charge the officer.

Gaskill has struck a deal for deferred prosecution that could allow the charges against him to be dropped. He was charged as a co-conspirator after knowingly giving Barriss the same former address and taunting him to “try something.”

Barriss in April was sentenced to 20 years in prison after pleading guilty to 51 felonies nationwide, one of the highest prison sentences ever imposed for “swatting.”