The kidnapper was killed by officers but not before he murdered the hostage, police say 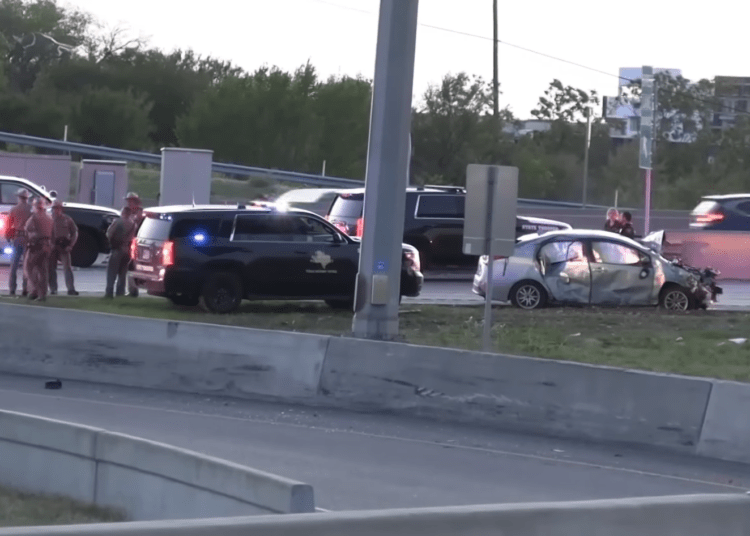 FORT WORTH, Texas – The Fort Worth Police Department released video on Wednesday of a harrowing situation that came to a deadly conclusion on I-35 Sunday when police fatally shot a man but not before he shot and killed a hostage, NBC DFW reported.

Law enforcement authorities in Fort Worth responded to a request by the Troy Police Department, which is more than 100 miles south of Fort Worth, to assist in a vehicle pursuit at 7:23 p.m. Sunday evening.

The Troy Police Department said it received multiple calls about someone driving erratically on I-35 near the Belton and Temple area in Central Texas on Sunday evening. When the car crossed into the city of Troy, an officer tried to stop the driver, but the vehicle did not yield and a pursuit began.

The car eventually entered Fort Worth and crashed near Spur 820, NBC 5 previously reported.

A female 911 caller told dispatchers that she had been shot in the stomach. As Fort Worth officers approached the wrecked vehicle, they said they heard another gunshot.

According to FWPD, the suspect held a gun to the woman’s stomach and used her body as a human shield, a fact supported by bodycam video.

Officers repeatedly ordered the non-compliant suspect to drop his weapon, but he refused. With the woman injured and the man refusing to drop the gun, two officers finally opened fire, fatally shooting the hostage taker.

After police neutralized the suspect, the critically wounded woman was rushed to the hospital where she was pronounced dead.

Fort Worth police identified the deceased woman as Shaelan Hill, 31, of Austin. The deceased suspect who held the woman hostage and subsequently killed her was identified as 38-year-old J’Qunnton Hopson, NBC DFW reported.

Law enforcement authorities said they released the video in an effort to be transparent about officer-involved shootings.