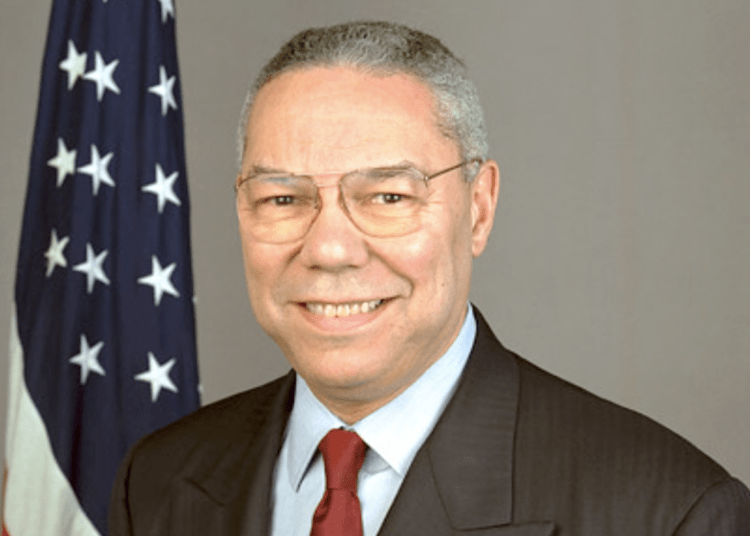 Powell, 84, played an influential role during the administration of Bush-43, Fox News reported.

“We have lost a remarkable and loving husband, father, grandfather and a great American,” his family said in a statement, adding that he was fully vaccinated.

The statement continued, “We want to thank the medical staff at Walter Reed National Medical Center for their caring treatment.”

Powell served in George W. Bush’s Cabinet from 2001-2005, including during the clamorous days and years following the Sept. 11 terrorist attacks when the country benefited from his stabilizing influence. He was the first African-American secretary of state.

“He was a great public servant, starting with his time as a soldier during Vietnam. Many Presidents relied on General Powell’s counsel and experience. He was National Security Adviser under President Reagan, Chairman of the Joint Chiefs of Staff under my father and President Clinton, and Secretary of State during my Administration,” the former president said.

"Laura and I are deeply saddened by the death of Colin Powell. He was a great public servant, starting with his time as a soldier during Vietnam." – President George W. Bush

Bush noted that Powell “was such a favorite of Presidents that he earned the Presidential Medal of Freedom – twice. He was highly respected at home and abroad.  And most important, Colin was a family man and a friend.”