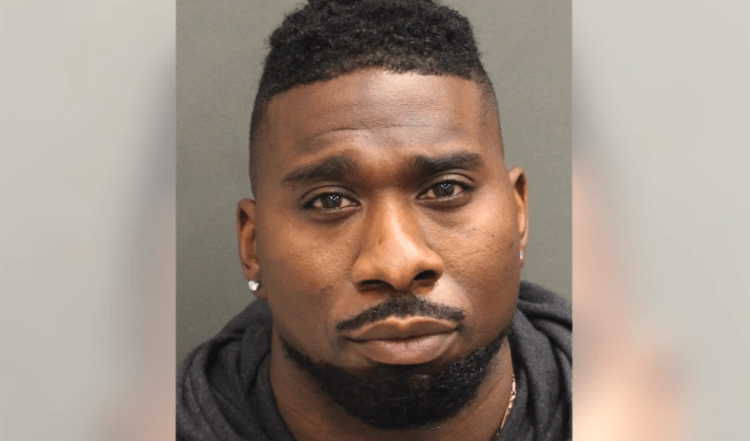 ORLANDO, Fla. — Zac Stacy is a former NFL running back who was seen in a brutal video reportedly attacking his ex-girlfriend. He was arrested late Thursday after being on the run for several days, TMZ Sports reported.

Stacy, 30, appeared to beat his girlfriend in a domestic violence encounter at their home over the weekend. According to TMZ, the video showed Stacy tossing the woman into a TV stand and striking her.

The news outlet cited a restraining order application saying the victim was struck in the head several times.

The Orlando Police Department responded to the scene “within two minutes.” However, the former running back was on the run as he fled the scene.

Law enforcement authorities initially believed Stacy had fled Florida after the crime occurred Sunday. However, he was found by Orlando police and taken into custody. He was subsequently booked at the Orange County Jail on charges of criminal mischief and aggravated battery, according to Fox News.

In the video below, the woman is heard begging for him to stop as a 5-month-old looks on while seated on the couch.

Kristin Evans, the woman self-identified in the violent video, applauded the arrest on Instagram.

“Personally I feel like the state should have several more charges, but thank you to everyone who made this possible!!! We are halfway there,” she wrote.