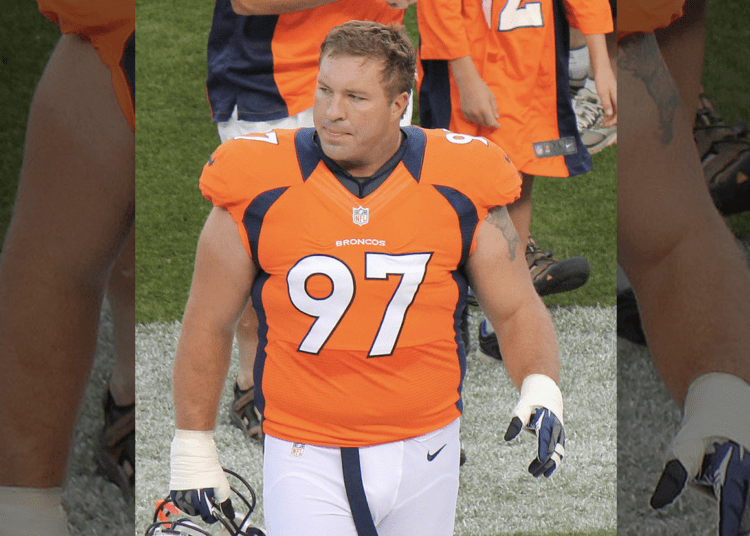 An acupuncturist Ashley Marie was shot in the arm by Bannan, 42, after she opened the door to her treatment room in a Boulder, Colorado building that was partially owned by the one-time NFL player. She was taken to a hospital with a fractured humerus, according to USA Today.

The ex-defensive tackle was carrying a rolled up $20 with cocaine residue on it at the time of the shooting, according to the news outlet.

Although it has the earmark of drug psychosis, law enforcement authorities said Bannan claimed to be hiding from the Russian mafia when he entered the facility and shot the then-36-year-old woman who said she only knew him in passing.

Bannan pleaded not guilty due to insanity. He claimed to be suffering from the lasting effects of head injuries for his actions, the report said.

Harvey Steinberg, who was Banan’s defense counsel, compared the former pro football player to a gladiator at trial.

“In Roman times, people would come cheer the gladiators. And they were great,” Steinberg said, according to video of the trial published by KDVR. “And then when they were done with them, as you know historically, they fed them to the lions.”

Nevertheless, prosecutors discounted the defense propositions and argued that Bannan was high on drugs, not crazy. When testimony was complete and the arguments were finished, the jury agreed with the prosecutor and found the former ball player guilty after eight hours of deliberation, New York Post reported.

“This case is about a woman who woke up in the morning, got ready for work, played with her daughter, drove to what would be her office – a place of healing – opened the door, and found her life changed forever,” prosecutor Adrian Van Nice told the jury.

Bannan did not testify during his trial. As a result of the guilty verdict, he faces between 16 and 48 years in prison for his crimes when he is sentenced in November.

The former NFL lineman was drafted by the Buffalo Bills in 2002 and played for several teams over his 12-year pro career.