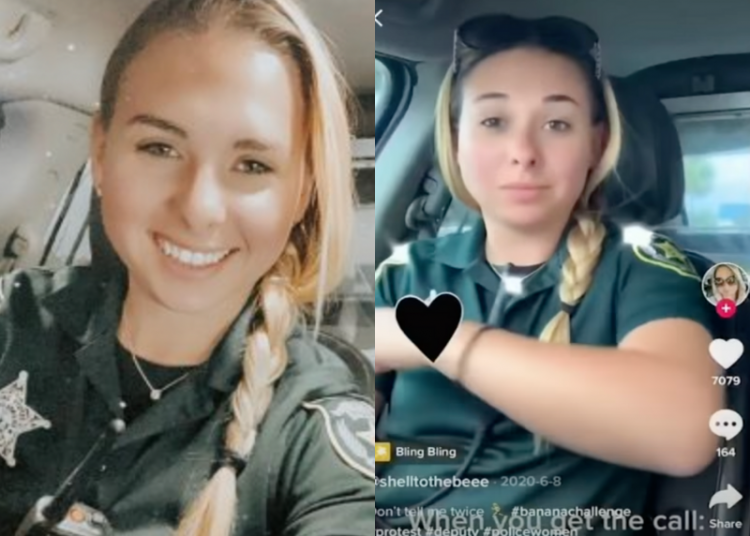 ORLANDO, Florida — An Orange County deputy continued to post TikTok videos during an internal investigation for the behavior and subsequently received a three week suspension. Deputy Shelby Abramson, 29, was punished for unbecoming conduct and insubordination and she told her superiors that she was posting the videos to show others “the humanizing (of) the badge.”

Abramson currently serves as a school resource officer and she began creating TikTok videos a few months after she was hired by the sheriff’s office in November 2019. Her account has more than 80,000 followers and she is listed on various celebrity sites for her online presence.

Abramson’s videos became known In December 2020, when a fellow school resource officer discovered her live streaming a video while in a marked Orange County Sheriff’s Office patrol vehicle and wearing a uniform.

A supervisor told Abramson to stop live streaming on TikTok while she was on duty.

After verbally counseling Abramson, a supervisor sent her an email.

“I understand the intent may not be malicious, but perception is reality,” the unidentified sergeant wrote. “Please do not let social media be a distraction while on duty, which could jeopardize your safety and the safety of others.”

The supervisor also instructed Abramson to “refrain from posting anything that would shed a negative light on your character and the Sheriff’s Office,” according to the email.

Less than three weeks after receiving that email, Abramson posted another TikTok video that showed her dancing to music with foul language while in uniform. Abramson acknowledged to investigators that she should not have posted the video due to the explicit language but that the video was a “trend” that other TikTok users were doing.

When reminded about the email and counseling she had received from her supervisor three weeks prior, Abramson claimed she interpreted the instruction to mean she should not livestream videos while on duty.

While the internal investigation was underway, Abramson continued to post videos on TikTok including a video of Abramson and another deputy dancing in front of Epcot’s Spaceship Earth attraction. A caption on the video states that it was recorded at “an empty Disney park.”