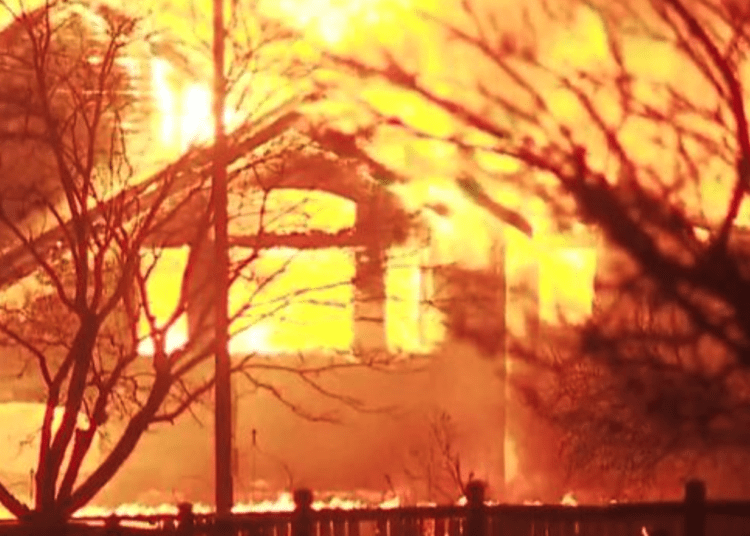 30,000 people have been forced to evacuate their homes due to the massive Colorado wildfire. (YouTube)

DENVER — A massive wildfire outside Denver forced about 30,000 people to evacuate as it has destroyed hundreds homes, and sent six people to hospitals. Fire crews prepare to further assess the destruction Friday morning.

The ferocious blaze is being tremendously aided by 105 mph wind gusts in an area that is bone dry, according to Fox News.

“The end won’t come until the wind subsides,” Pelle said. “This is the kind of fire you can’t fight head-on. We actually had deputy sheriffs and firefighters in areas that had to pull out because they just got overrun.”

State officials have already said the Marshall fire has destroyed more homes in Colorado than any wildfire in history, KDVR reported.

Reports say the fire could have been “twice as destructive as the Black Forest Fire” that hit Colorado a decade ago.

According to the Associated Press, the area most impacted is between Denver and Boulder, which is home to the University of Colorado.