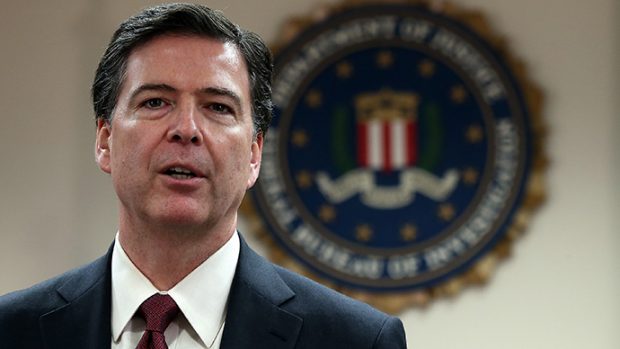 FBI Director James Comey addressed attendees at the International Association of Chiefs of Police Conference (IACP) in San Diego yesterday and spent almost 20 minutes discussing the narrative of biased policing and whether there were any facts to support that.

He opened up his remarks by stating that it is a “uniquely difficult time in law enforcement.”

“This is the hardest time in your law enforcement career,” Director Comey said, “Your people are caught in dangerous rip tides.” He noted that law enforcement is under greater scrutiny from the public, leadership, media, colleagues and others in recent years, particularly in the wake of police shootings of young African-American men. The solution to this problem, Director Comey cited, is strong leadership.

“Leaders know their people,” he said. “Your folks signed up to serve all people all the time.” Communicating that a call to service is what drives good law enforcement was a recurring theme of his remarks. He also noted that leadership needs to reinforce the notion that good policing is a mix of “kindness and toughness,” but it is also transparent and lawful.

The director also added that, “Leaders know their neighborhoods,” and that despite the perceptions, the African-American community “wants good policing.”

Talking about the protesters against law enforcement, Comey said that  “however good their hearts…Americans have no idea…” whether there is bias.

Comey cited a Harvard study that showed that lethal force was more likely to be used against white people.

Director Comey cited that there were 12.7 million arrests in the U.S. last year, but added that of those encounters, what does police use of force look like?

“We don’t know,” he admitted. “We only have anecdotal evidence.” This lack of data about public interactions has a cost, he added, and “it changes everything.”

It’s here, Director Comey explained, where the need for a national database on use-of-force comes in. But as he admitted, data can’t solve for everything, and empathy is a powerful force for police officers as well.

“Our officers are human beings with families,” the director said, addressing the issue of officer safety. “They desperately don’t want to leave their families behind.” This notion is compounded by the fact, he noted that officers don’t do their job, or interact with the public, seeking fame or notoriety. The very selflessness of the job is what attracts good people to law enforcement, Director Comey added. But that call to service is also being called into question.

“Who would do the job?” Comey asked, warning that, “those questions should haunt us if great young talent chooses some other way to serve… we need great people of talent to stand on the line.” He added that law enforcement leadership needs to change this narrative and seeks support from the public, the media and elected officials. “If quality people stop signing up, it’s because we failed to teach people the art of law enforcement.”

Share and speak up for justice, law & order...
Tags: iacpLeadershipNews