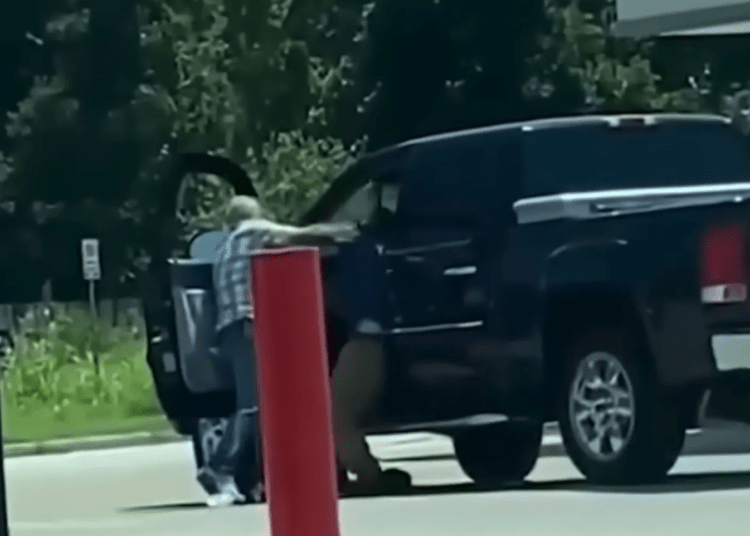 HOUSTON – A brave elderly gentleman in Texas stepped up to help save a woman during a carjacking and now the Houston Police Department is seeking help to identify the attacker.

According to HPD, the crime occurred Wednesday, September 7 at around 12:30 pm, when a woman left a check cashing business and walked towards her truck, in the 6500 block of Airline, in Houston.

The victim said she was approached by a male suspect who pointed a gun at her and demanded the keys to her vehicle, a 2011 GMC Sierra pickup truck. The attacker grabbed woman’s keys and then got into the truck.

As this was taking place, a male witnessed the crime and ran to the woman’s aid. The man attempted to pull the suspect out of the truck and was hit in the head by the suspect’s gun. The suspect then sped out of the parking lot.

The man who came to the woman’s aid was later identified as 73-year-old Simon Mancilla Sr., according to KHOU.

He noticed the woman being choked by the suspect outside of the check-cashing business. “I open my window, ‘Hey man … don’t make a problem,’” Mancilla Sr. told the outlet.

Footage released on Monday captures Mancilla’s violent confrontation with the suspect when he notices the woman is in danger.

Mancilla Sr, a grandfather of 11 children, tried to pull the armed thief out of the pickup, but was pistol-whipped on the head and was left needing stitches, the New York Post reported.

The suspect fled the scene in the stolen truck and remains unidentified as of Wednesday morning. The vehicle has yet to be recovered as Houston police ask for the public’s help in capturing the dangerous perpetrator.