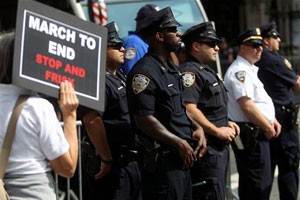 Law enforcement officers, while on a call or a stop, do your job and survive the encounter.

It is really that simple.

On the morning of October 5, 2016, a 17-year Chicago police veteran, was brutally assaulted by a man, allegedly high on PCP after while investigating a traffic crash in Chicago’s West side Austin community.  Chicago Police Superintendent Eddie Johnson said the following at a police and fire department awards ceremony “As I was at the hospital last night, visiting with her, she looked at me and said she thought she was gonna die, and she knew that she should shoot this guy, but she chose not to because she didn’t want her family or the department to go through the scrutiny the next day on national news.”

This incident’s outcome is simply unacceptable.

It is tough time for law enforcement.  The above incident is being coined by some law enforcement professionals as, “The Ferguson Effect”, eluding to the lawlessness of the protestors and the political submission to the angry masses during the aftermath of the August 9, 2014 officer-involved shooting of Michael Brown in Ferguson, MO. Adding to the flames of Ferguson was the aftermath of Chicago’s October 20, 2014 officer-involved shooting of LaQuan McDonald and other past police use-of-force incidents that sparked media-exacerbated, fact-ignoring protesting actions spawning a law enforcement response.

Furthermore, the need for reform is not applicable to every police department or community and the level of reform needed may also vary from amongst those cohorts aforementioned. Notwithstanding these facts, I am not an advocate of law enforcement officers sacrificing themselves to avoid vilification by the media and/or the law enforcement agency administration.

Law enforcement officers, serve the public by treating all with respect by being firm, fair, friendly, and consistent.

For me, this has worked approximately 90% of the time. But, never should we ever, see the day where a law enforcement officer yields their safety to a subject/suspect in a police-involved incident to appease the sentiments of the uneducated media/public or the current/future political aspirations of the law enforcement brass or the politicians who control them.

You were hired to perform a job many cannot or will not do.

While the manner in which you are deployed may vary for different reasons you should never forget the oath you made to the public.

Never forget the oath you made to your families to come home.

Never forget the oath you made to yourself: to stay alive.

Do the job and see it through or leave.

Michael Brown is the President and Principal Instructor of Security Training Concepts in Chicago. He is a former Criminal Justice adjunct professor and Illinois law enforcement officer having taught various collegiate level and use-of-force courses ranging from firearms, Taser, and defensive tactics to introductory criminal justice courses. Mr. Brown has a Master of Science Degree in Criminal Justice and is a member of both the International Law Enforcement Educators and Trainers Association and the Academy of Criminal Justice Sciences. He can be reached at [email protected]
Share and speak up for justice, law & order...
Tags: editorialLeadership