Deputy Commits Suicide While On Duty 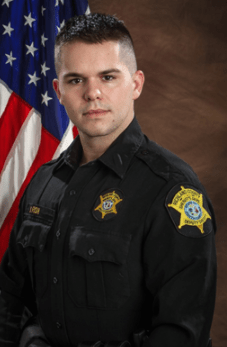 The State reports that Senior Deputy Derek Fish, 28, shot himself with his department-issued gun in his patrol car Friday, Lott said. After finishing his shift, the deputy drove his patrol car back to Region 3 headquarters on Bishop Avenue and parked behind the building, where he is believed to have shot himself.  Another deputy found him.

Sheriff Lott said that the entire agency is “struggling” with the incident and he said that Deputy Fish did not leave a note or identify any possible motives for the event.

Fish, who was known as “Nemo” in the department, joined the agency in May 2011, Lott said. He worked his way up the ranks and was promoted last week to master deputy.

Each year, more police officers die by suicide than are killed in the line of duty, according to the U.S. Department of Justice.

Law Officer is partnering with Honor Them in an effort to bring awareness to the issue of police suicide.  We also recommend the 24 hour hotline by Under The Shield – 855.889.2348.

Share and speak up for justice, law & order...
Tags: PTSDsuicide