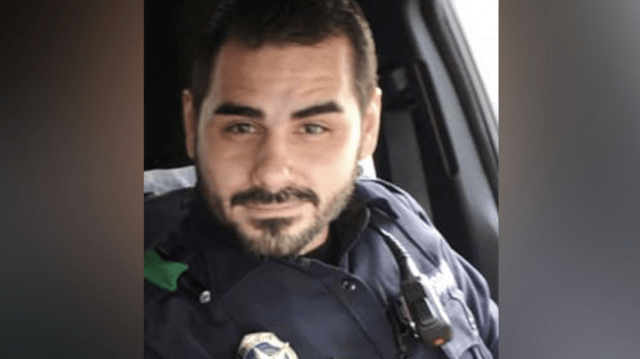 DALLAS – An off-duty Dallas police officer, identified as Joseph George, who had been hospitalized since a crash on Dec. 22 near White Rock Lake died on Dec. 24, according to police.

George had been in critical condition since crashing his black Ford Mustang into a tree.

The fatal collision occurred Dec. 22 at about 1:38 p.m. in the 7200 block of East Mockingbird Lane, near Hillgreen Drive.

Police believed another car was involved, and have been looking for the driver of a white, two-door Suzuki, CBS DFW reported.

Dallas Police Chief U. Renee Hall said Dallas Fire-Rescue treated the officer, who joined the department in November 2015, at the scene and transported him to Baylor University Medical Center.

Hall asked for the public’s help to identify the Suzuki. Police said the vehicle fled the location and was last seen driving eastbound on Mockingbird.

“Dallas Police Department wishes to express its deepest condolences to the family of Joseph Michael George #11101, who passed away December 24, 2019. Officer George was assigned to the Northeast Patrol Division and served four years with the department. Funeral services are pending. Please keep his family and friends in your thoughts and prayers during this difficult time.”