The renowned cyclist was training near her Colorado home 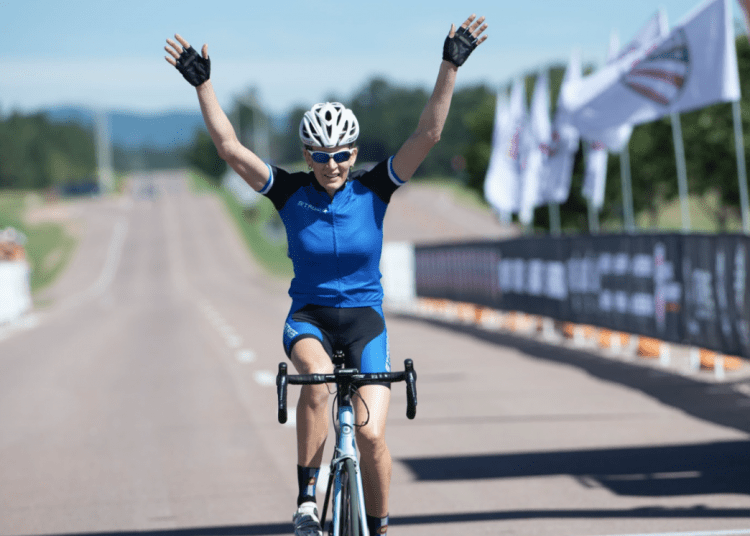 LAKEWOOD, Colo. — A national cycling champion was killed Sunday when she was struck by a driver in Colorado. The motorist is suspected of operating a vehicle under the influence of drugs or alcohol, police said.

Gwen Inglis, 46, was the reigning road race national champion for the 45-49 age bracket when she was run down and killed. Lakewood police said Inglis was riding her bike Sunday about 10 a.m. when a vehicle, driven by  Ryan Montoya, 29, swerved into her lane and struck her, KDVR reported.  He remained at the scene after the collision.

The renowned cyclist was transported to a local hospital but did not survive her injuries. She is mourned by friends and the cycling community.

“We are saddened to hear about the tragic loss of Gwen Inglis. The Masters Road Race National Champion was hit by a driver on her training ride Sunday morning and later passed away at the hospital. We are sending our thoughts to Gwen’s family during this difficult time,” USA Cycling tweeted.

We are saddened to hear about the tragic loss of Gwen Inglis. The Masters Road Race National Champion was hit by a driver on her training ride Sunday morning and later passed away at the hospital. We are sending our thoughts to Gwen's family during this difficult time. pic.twitter.com/5elhU027Iu

“She was the most humble, the most compassionate, she was the fiercest competitor that made you feel good about yourself,” Megan Hottman told KDVR. “She’s always smiling, always had her arm around people. She was such a bright light.”

According to Fox Sports, the Bicycle Racing Association added: “Colorado cycling lost one of their best yesterday. Even more impressive was her character off the bike. Knowing Gwen, you would immediately be aware of her strongest qualities. She consistently brought joy into all her relationships, and she openly accepted everyone.”

On Monday, friends erecting a small memorial where Inglis died told KDVR she was riding with her husband when she was hit. He was reportedly a short distance behind her. The couple lived close to where the crash occurred and likely rode the same area thousands of times.

“When we were thinking about what stickers to make in her memory, the mantra that keeps coming up for me was, ‘Be like Gwen,’” said Hottman. “You never saw her complain, you never saw her speak badly about someone. She was always the force of good and right.”

Continuing, “We absolutely hope that the District Attorney charges the driver with anything that applies to this crime to the maximum sentence and doesn’t cut any deals here,” said Hottman.

Montoya was booked for vehicular homicide at the Jefferson County Jail.