Curtis Edgleston is accused of shooting the man in the face, chest, and back 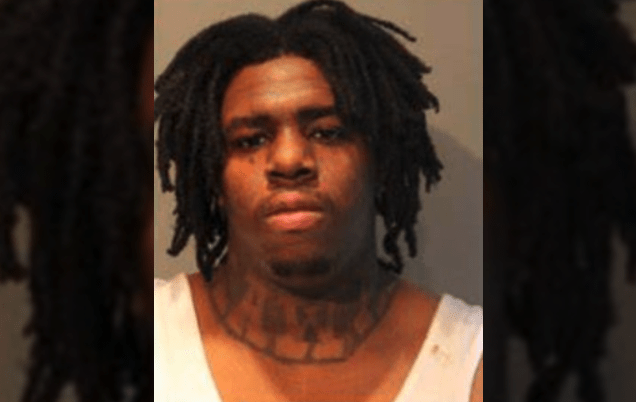 Curtis Edgleston is accused of shooting a man who helps parolees. (Photo via Post Millennial)

CHICAGO – After being out on parole for robbery, a man is accused of robbing, shooting and almost killing the president of a non-profit organization that helps keep parolees out of jail, according to reports.

Curtis Edgleston, 22, had been at a South Side halfway house while on parole for a robbery and phone thefts, CWB reported.

Edgleston spent last Wednesday working on a project for the victim’s organization. After work, there was a dispute and he robbed the non-profit leader. During the crime, he shot the man in the face, twice in the chest, and two more times in the back as the victim ran for his life, according to the criminal allegations.

“Edgleston is on parole for a robbery and two thefts that he committed while on probation for another theft case.” One of the theft cases began as a robbery, but was plea-bargained down to theft, according to the news outlet.

The victim remains hospitalized and is currently listed in serious condition, the Post Millennial reported.

The shooting reportedly began with Edgleston demanding more money than the amount agreed upon for his day’s work. The victim refused, which is when Edgleston opened fire on the man, according to the allegations.

At least two of the three cases for which he is still facing charges have involved violence. In one case, Edgleston tried to choke a 15-year-old out after having robbed his cell phone. In another, he stole a woman’s phone by force. In both cases, he has already confessed to the crimes.

Furthermore, Chicago police are investigating a carjacking that was reportedly committed by Edgleston while he was fleeing the shooting scene, although he has not yet been charged with the crime.

Edgleston is currently being held without bail.