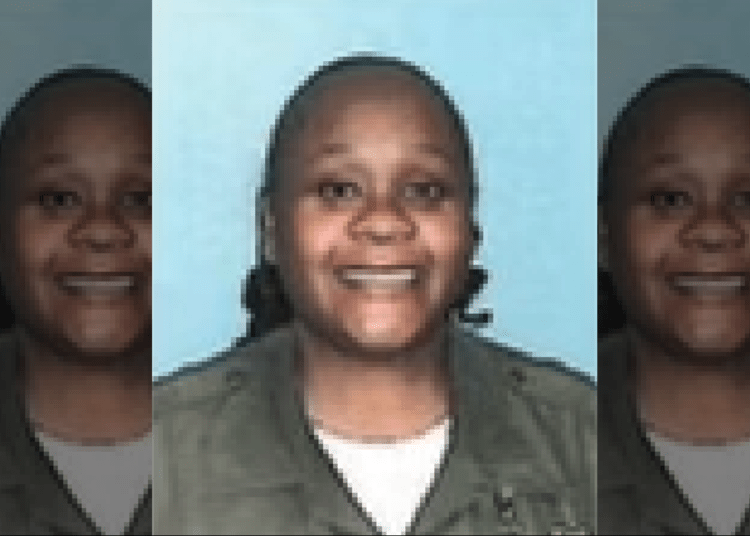 LOS ANGELES — The Los Angeles County coroner has identified the victims in the brutal slaying of a grandmother and her four grandchildren, which occurred las week.

The murder suspect was identified as the children’s father, Germarcus Lamar David. He reportedly worked as a security guard.

Prosecutors on Tuesday filed criminal charges against him — five counts of murder and three counts of assault on a child causing death, ABC News reported.

David, 29, used both a handgun and a shotgun in the killings, according to Lt. Brandon Dean of the Los Angeles County Sheriff’s Department. The motive remains unclear.

England had been a state corrections officer since 1997 and worked at the state prison in Lancaster when she was killed, according to the union that represents correctional officers.

“We are heartbroken to learn about this tragedy and we will do everything we can to support her family,” said Glen Stailey, president of the California Correctional Peace Officers Association. “We are in mourning for our friend and colleague.”

England was babysitting her grandchildren when they were murdered. She was David’s mother-in-law.

Grace Beltran, who lives three houses away from the horrific crime scene, said a woman ran back and forth in their front yard, screaming, “My babies are gone! They’re all dead!”

David surrendered to authorities shortly after the homicides occurred. He remains jailed on $2 million bail.

“To do this to the kids, it’s cowardly. It’s just unbelievable,” Waki Jones, who worked with the family through his Lancaster day care service, told the Los Angeles Times.

Sheriff’s Lt. Brandon Dean said he wasn’t aware of any previous reports of domestic violence at the home and David did not have any restraining orders against him, ABC reported.

LANCASTER, Calif. — A California grandmother along with her four young grandchildren — including an infant — were found shot to death inside their home Sunday night.

All five victims were pronounced dead at the scene by authorities, KTTV reported.

BREAKING: 29-year-old Germarcus David charged with killing his four children and mother-in-law.
All found shot to death inside their Lancaster home.
Three boys including infant and and one girl.
Bail set at $2 million. @foxla pic.twitter.com/qt7lTD2p6P

Germarcus David, 29, was quickly identified as the suspect. He was questioned for several hours about the horrific crimes, LASD said.

David was subsequently arrested and is being held on $2 million bail after being booked on multiple counts of murder, the news outlet reported.

Homicide detectives remained at the crime scene Monday morning, New York Post reported. Thus far they have not released the victims names, or what brought the father to slaughter his family.