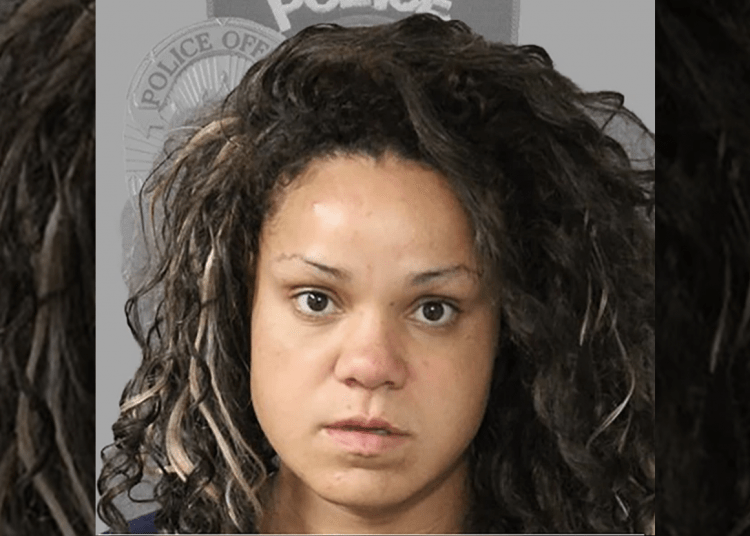 PUEBLO, Colo. — A Colorado woman stuffed her 5-year-old son in the trunk of a car, in full view of stunned witnesses as they recorded the incident, according to reports.

Chelsea Trujillo, 33, who is reportedly homeless, was arrested Thursday by the Pueblo Police Department after footage showed her “forcefully placing” the little boy in the trunk of her car Wednesday afternoon, law enforcement authorities said.

33-year-old, Chelsea Trujillo and her son were located by Pueblo Police. Trujillo was arrested on child abuse and restraining order violation. Thank you to everyone who assisted on this case. pic.twitter.com/T8QM81dtGK

The video recording was taken by a person nearby and obtained by KKTV. It shows Trujillo yelling at her crying child before slamming the trunk shut.

“Get in there!” Trujillo hollers as she forcefully closes the lid, enraging a woman who spotted her and took cellphone video.

Upon being confronted by the bystander, Trujillo says she planned to take him out later before popping the trunk, freeing her son. The barefoot little boy then stands nearby and continues to cry, New York Post reported.

Trujillo responds in anger to the confronting female witness, who threatens to “tase” her unless she backs up.

“OK, listen … you don’t know my child,” Trujillo tells the woman, who wasn’t buying her explanation.

“You are not putting a f–king kid in no f–king trunk,” the incensed woman says as another man walked up to the scene, the clip shows.

Police responded to the scene Wednesday, but Trujillo left in her vehicle with no plates prior to their arrival. However, they located the mother and her son on Thursday. The boy is now in the custody of child welfare officials, KOAA reported.

“Obviously, I think anybody who looks at that video would be concerned about the welfare of that little boy,” Pueblo police Sgt. Franklyn Ortega told the news outlet. “We saw what you saw in the video, but we need to look at the whole thing, that’s why detectives are involved.”

Consequently, Trujillo is facing charges of child abuse and a restraining order violation, according to police.