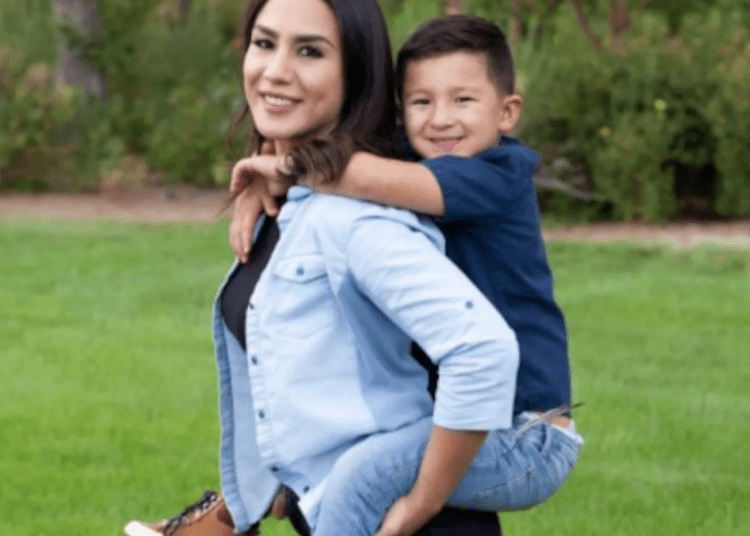 DENVER — Two Colorado teens were arrested in the fatal shooting of a Denver mom who was driving home from dinner with friends over the weekend when she was struck in the head, according to reports.

One suspect, a 14-year-old male teen, who was otherwise unidentified because of his young age, and an 18-year-old named Neshan Johnson were charged in connection with the shooting of Pamela Cabriales, 32, on Saturday night in the area of Colfax Avenue and Interstate 25 in Denver, District Attorney Beth McCann announced Monday, Fox News reported.

According to a DA’s office press release, Cabriales was sitting in her car late Saturday when the 14-year-old reportedly opened fire, shooting her in the head.

A Denver Police Department probable cause statement described how officers responded at approximately 10:45 p.m. to a report of a shooting in the westbound lanes. Upon arrival they found a woman, later identified as Cabriales, wounded inside a 2008 Land Rover SUV. The vehicle was also pelted with damage from at least eight rounds striking the windshield, according to the statement.

Cabriales was alone in the SUV at the time. She was rushed to an area hospital, but did not survive.

A friend told local news station FOX31 Denver she and Cabrieles had gone to dinner together earlier that night, and she was on her way home when she was shot.

The teen was with Johnson, who was driving a dark-colored Honda Accord, at the time of the shooting, according to authorities. A witness told police the shooter, later identified by investigators as the 14-year-old, got out of the passenger side and opened fire, shooting six rounds, the witness said.

The suspects fled the scene, which led to southbound I-25 at West Colfax being shutdown while officers searched for them, according to Denver police.

no matter the day-Get up Dress up and Show up

The police officer who spotted the suspect vehicle recognized it from an earlier incident at an area McDonald’s, where someone fired three gunshots into the occupied restaurant, according to the probable cause statement. After spotting the Honda sedan, a police chase ensued, the District Attorney’s office said in a press release. Johnson ultimately crashed the car, at which point he and two juveniles, including the alleged shooter, were captured and handcuffed.

A spokesperson for McCann’s office confirmed that authorities are seeking to try him as an adult. Meanwhile, Johnson was hit with similar charges, Fox reported.

It was not clear if there was any motive in the shooting.

A GoFundMe page has been created to benefit Cabriales’ 6-year-old son. The page describes how Cabriales “impacted so many people’s lives with her smile, love and acts of kindness.”

Since Cabriales’ death, her brother, Alex Cabriales, has called upon McCann “to make sure these two individuals never walk free a day in their life and don’t kill anyone else,” he told FOX31.

Alex also referenced what he described as the 14-year-old’s “lengthy criminal history,” which sources confirmed to the news station.

“It’s the criminal history of a 20-year career criminal,” Alex continued. “You know, he’s 14 years old. There is no way this minor should’ve been out … Now because of the courts not doing their job, my sister had to lose her life.”

“We don’t want this to happen again to anybody,” Alex also told FOX31. “It is hell on earth.”