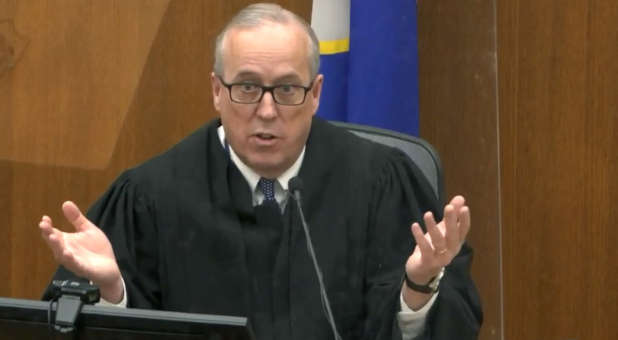 MINNEAPOLIS — The judge presiding over the trial of former police officer Derek Chauvin has denied the request for acquittal by Chauvin’s defense team. Chauvin’s attorney, Eric Nelson, argued that the prosecutors failed to prove that Chauvin was guilty.

Hennepin County Judge Peter Cahill rejected the argument and denied the Chauvin’s request for acquittal—indicating that the jury will likely determine Chauvin’s guilt or innocence.

Judge Cahilll’s denial of the acquittal request seems typical. But it is nonetheless pivotal, because now it is up to the jury to deliberate and decide the case.

And jury deliberations could start quite soon. Several sources have indicated that Chauvin’s defense team may wrap up their arguments as early as Thursday, April 15, as The Hill explained.

“The court’s duty at this point is to look at the evidence in a light most favorable to the state and even when there are inconsistencies, major or minor, between witnesses, the jury is free to believe some and not the others.”