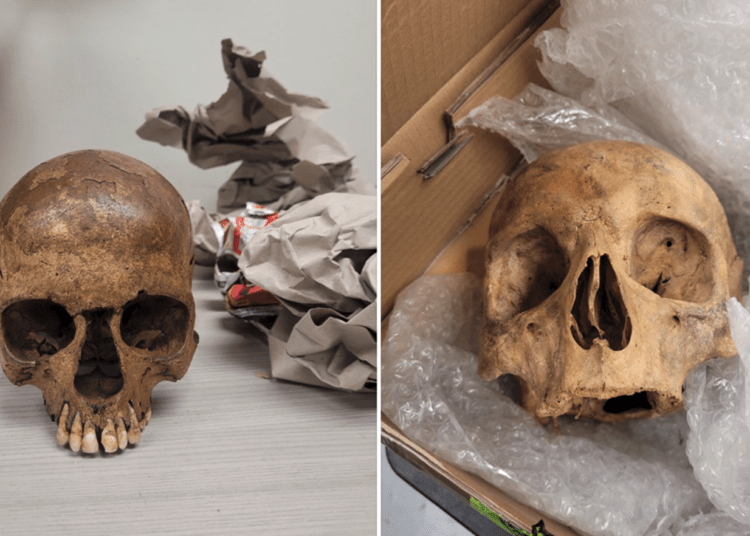 “On March 29, a shipment arriving from the Netherlands that was heading to Iowa was inspected after x-rays showed anomalies. CBPAS inspected the parcel and found two skulls, and this was the first one of three shipments from the same sender.  Each package had two skulls a piece for a total of six.  The skulls were referred to the Centers for Disease Control and Prevention for further disposition,” CBP said in a press statement.

“Our nation’s food supply is constantly at risk from pests and diseases not known to occur in the U.S. These significant interceptions by our CBPAS at the IMF at O’Hare exemplify CBP’s continued commitment to safeguarding American agriculture,” said Chicago Field Office Operations Director LaFonda D. Sutton-Burke.

In total, the CBPAS officers seized 1,667 agriculture shipments containing prohibited items, according to the report.

Share and speak up for justice, law & order...
Tags: CBPNetherlandsskulls