Marine Interdiction Agent Michel Maceda was shot and killed during a narcotics bust off the southwest coast of Puerto Rico. 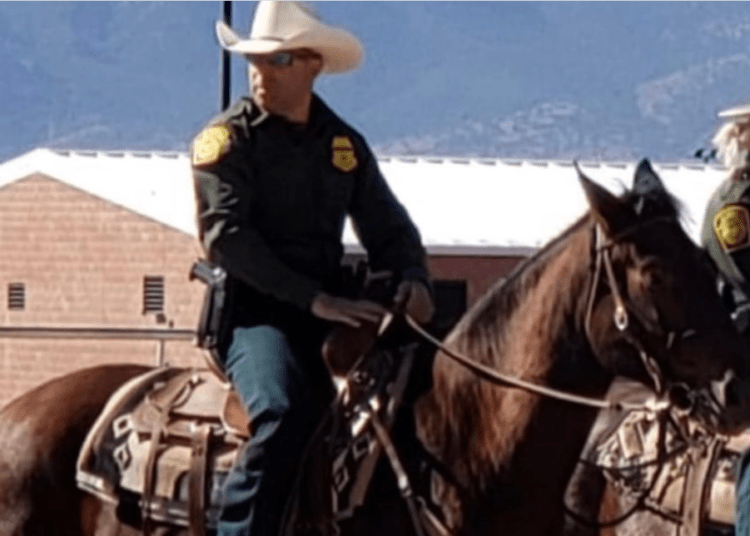 U.S. Customs and Border Protection Acting Commissioner Troy Miller announced the death and injuries of three agents Thursday at the hands of drug smugglers off the coast of Puerto Rico.

Our hearts are heavy today due to the death & injury of Marine Interdiction Agents following an exchange of gunfire w/ suspected smugglers off the Puerto Rican coast. We're working with partners to ensure those responsible are brought to justice & will share info as we are able.

Although CBP did not name the federal law enforcement agent who was killed, he was identified internally as Michel Maceda, according to a CBP official, the Washington Examiner reported.

A brief memo sent to federal agents from an unnamed senior CBP official on Thursday afternoon reads, “It is with a heavy heart that I notify you that [Marine Interdiction Agent] Michel Maceda has passed away.”

“A CBP Air and Marine Operations agent, Maceda, 44, was fatally shot Thursday morning during an interdiction of narcos smuggling drugs by boat,” the Examiner reported.

According to the news outlet, the memo also identifies the wounded agents as MIA Jorge Santiago and MIA Mark Lamphere. The senior CBP official said he had the opportunity to speak with Santiago on Thursday and that he was in stable condition. Lamphere is stabilized, but reportedly remains in critical condition.

Through official channels, CBP declined to comment Thursday and again on Friday.

“Out of respect for the family’s wishes, at this time U.S. Customs and Border Protection is not publicly releasing the name of the agent who died,” said CBP spokesman Jeffrey Quinones in an email Friday afternoon, according to the Examiner.

However, the Officer Down Memorial Page has posted an In Memoriam for Maceda, which is included below:

Marine Interdiction Agent Michel Maceda was shot and killed during a narcotics bust off the southwest coast of Puerto Rico.

Three Marine Interdiction agents intercepted a vessel they believed to be transporting narcotics. When contact was made, a shootout ensued, and all three agents were struck. The United States Coast Guard and law enforcement agencies came to their aid and evacuated the agents.

Agent Maceda succumbed to his injuries. The other two agents are in stable condition.

One subject was killed in the shootout, and the second was injured.

Maceda had a residence in Miami as well as Cochise County, Arizona, according to public records. He was reportedly an avid fisherman.