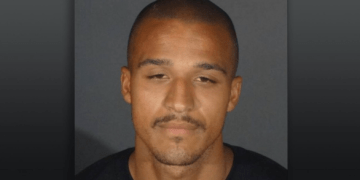 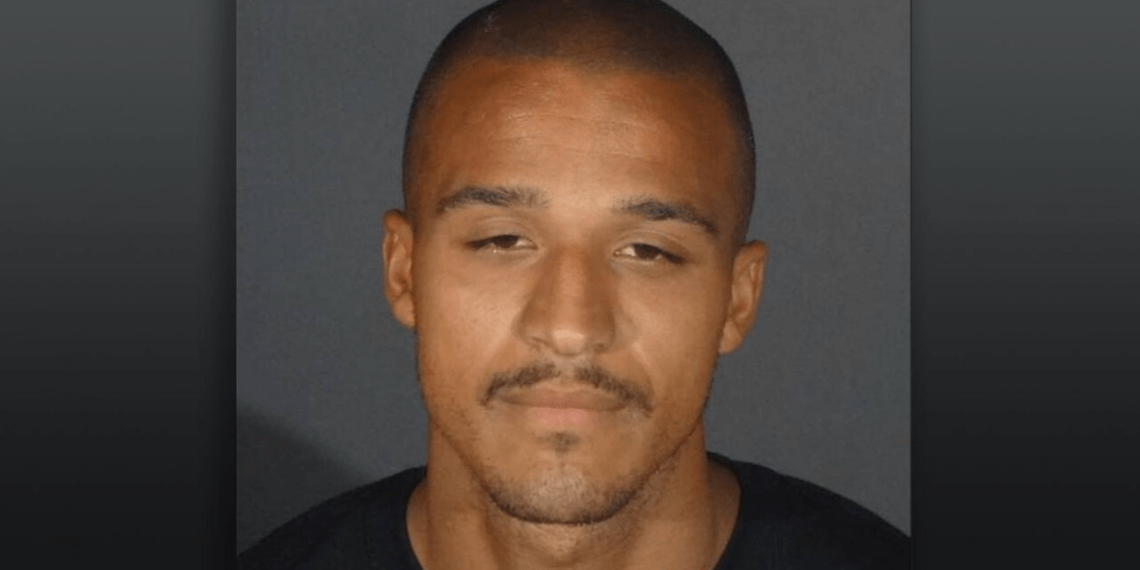 GLENDORA, Calif. – Between progressive criminal justice reforms as well as mandatory release on property crimes due to coronavirus, the criminal element in society is laughing all the way to their next caper, which in the case of one California man, occurred three times in a single day; within about 12 hours to be exact.

In hockey, a hat trick occurs when a player scores three goals in a single game.

So this is perhaps the “hat trick” of thievery, although the victims of his crimes are not applauding the accomplishment.

Dijon Landrum, 24, racked up three arrests between 8:28 a.m. and 8:50 p.m. on Wednesday, even though his offenses involved felonies. But never mind the severity, nearly everyone gets a ticket out of jail due to the statewide zero-bail policy amid the coronavirus outbreak, according to officials.

The Glendora Police Department said Friday on Facebook that Landrum racked up a series of criminal offenses in their city, which is located about 23 miles east of Los Angeles, Fox 11 reported.

“We want to thank all of the citizens that helped with this investigation, particularly those that called when they noticed something suspicious,” police said.

According to police, the first incident occurred around 8:28 a.m. when officers responded to a call of a man who was attempting to break into a vehicle in the 1400 block of South Grand Avenue.

When officers arrived at the scene, they contacted Landrum, who was attempting to drive away in a stolen vehicle from the East Los Angeles area. In addition to driving a stolen vehicle, police said the 24-year-old had stolen property and narcotics with him, according to Fox.

“Landrum was arrested,” police said. “Due to the California Zero-Bail Policy, he was issued a citation and released.”

One hour after Landrum was released, officers received a call around 2:20 p.m. of an unknown man carrying a box and walking through the front yards of homes.

“It appeared that the male was placing items in this box as he was walking through the properties,” police said.

When officers arrived on the scene, they encountered Landrum for the second time, reportedly with a box of stolen property. He was issued a second citation and released.

Several hours later around 8:50 p.m., officers received a call of a vehicle that had been stolen out of a parking lot in the 1300 block of South Grand Avenue.

Officers tracked the vehicle and located it heading along the westbound 10 freeway in La Puente, with assistance from the Los Angeles County Sheriff’s Office and California Highway Patrol.

A pursuit eventually ended in Pasadena, where Landrum was once again arrested, this time for being in possession of a stolen vehicle and for evading officers.

“Due to the California Zero-Bail Policy, Landrum was released with his third citation of the day,” police said.

The zero-cash bail emergency mandate in California, which has led to reduced prison populations to reduce the spread of COVID-19, is continuing to be a challenge for law enforcement as criminals are released back into the public.

Cindy Bachman, the Public Information Officer for the San Bernardino County Sheriff’s Department, said Saturday there have been complaints from the community about the new mandate.

“We hear from people and they’re disappointed that someone can commit a crime and they go to jail, we go through the whole process with them and book them for the crime because there is probable cause to do that, and then because of this order, they’re released,” Bachman told FOX11. “People are disappointed, they’re angry, but this is an order. We have to follow it, but we don’t have to be happy about it.”

Orange County, Calif., District Attorney Todd Spitzer was “outraged” after the state ordered the release of seven high-risk sex offenders from the county’s jails over concerns they could contract coronavirus.

“We’ve all been told that during the pandemic we needed to release people early, you know, with less than 30 days on their sentence and things like that because of the underlying health pandemic and the fact that we needed to exercise social distancing within the custodial facilities,” he said Saturday. “However, as you know, in the United States today there is a social justice agenda to end bail for those who are incarcerated and this has gone too far.”

There are 13 exceptions for the zero-cash bail emergency mandate for serious offenses, but child abuse is not one of them.

Furthermore, this is happening when Gov. Gavin Newsom made it a criminal offense to visit Orange County Beaches, which led to a large protest on Friday, Law Officer reported.

As of mid-April, over 16,000 inmates had been released nationwide, due to the virus, Fox News reported.