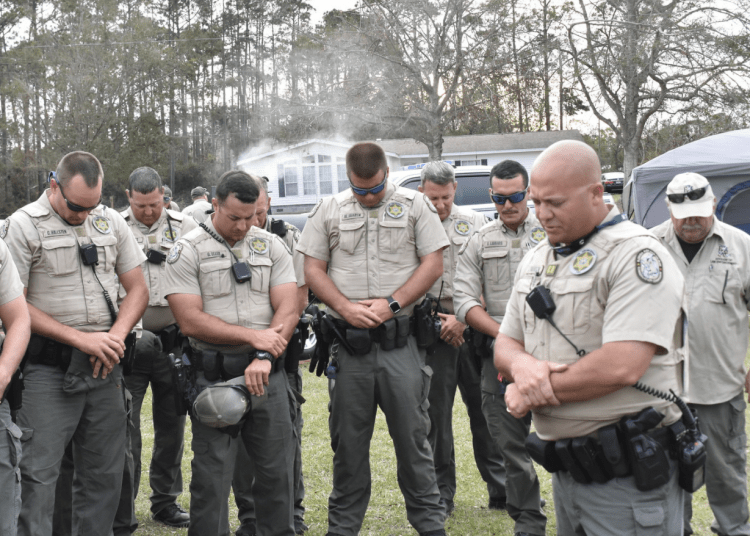 CALIFORNIA — A new bill introduced by California State Assembly Member Ash Kalra (D-San Jose) would prohibit police officers from serving if they have used arbitrarily defined “hate speech” or are affiliated with a “hate group.”

The bill, known as the California Law Enforcement Accountability Reform Act (CLEAR Act), claims to combat “the infiltration of extremists in our law enforcement agencies” and would mandate a background check for all officers who have “exchanged racist and homophobic messages.”

Kalra claims that AB 655 is necessary to prevent “the apparent cooperation, participation, and support of some law enforcement” in the Jan. 6 Capitol breach, the Federalist reported.

The bill defines hate speech as “as advocating or supporting the denial of constitutional rights of, the genocide of, or violence towards, any group of persons based upon race, ethnicity, nationality, religion, gender, gender identity, sexual orientation, or disability.”

Pacific Justice Institute Senior Staff Attorney Matthew McReynolds said this broad and purposefully arbitrary definition could give way for Christians and conservatives to be classified as “hateful” based on the premise of rejecting abortion or supporting Proposition 8 in California, a same-sex amendment that passed in 2008.

McReynolds also questioned how this would affect those of the Muslim faith — since many religious mosques and followers have taken a stance against homosexuality.

“Under the guise of addressing police gangs, the bill at the same time launches an inexplicable, unwarranted, and unprecedented attack on peaceable, conscientious officers who happen to hold conservative political and religious views,” wrote Reynolds. “Indeed, this is one of the most undisguised and appalling attempts we have ever seen, in more than 20 years of monitoring such legislation, on the freedom of association and freedom to choose minority viewpoints.”

The California GOP currently states in its platform that it believes in traditional marriage and does not believe that Obergefell v. Hodges, the landmark Supreme Court case on same-sex marriage decided in 2015, can “coerce a church or religious institution into performing marriages that their faith does not recognize.”

According to this new Democratic bill, disagreeing on moral or religious grounds with homosexuality would technically mean the state GOP is espousing hate speech, the Federalist reported.

“Should the state now ban from public service qualified, fair-minded people who happen to hold religious or political views that conflict with controversial Supreme Court decisions on marriage and abortion?” asks Greg Burt, Director of Capitol Engagement with the California Family Council. “This is a blatantly unconstitutional violation of religious liberty and freedom of speech. It is also a tyrannical abuse of power from a politician seeking to ruin the lives of those he disagrees with.”

On April 6, AB 655 will head for a vote before the Assembly Public Safety Committee.

According to the report, Sen. Bradford’s proposed California bill will not only investigate police officers but will revoke their certification if they are found committing “acts demonstrating bias” based on race, religion, sexual orientation or mental disability, among other criteria.

California is one of just four states without a way to decertify police officers, alongside Hawaii, New Jersey and Rhode Island.

The bill would also make it easier to sue police officers for monetary damages, AP reported.

The California Police Chiefs Association and police unions have expressed opposition to the bill, accusing Bradford of “making a political point instead of creating good policy.”