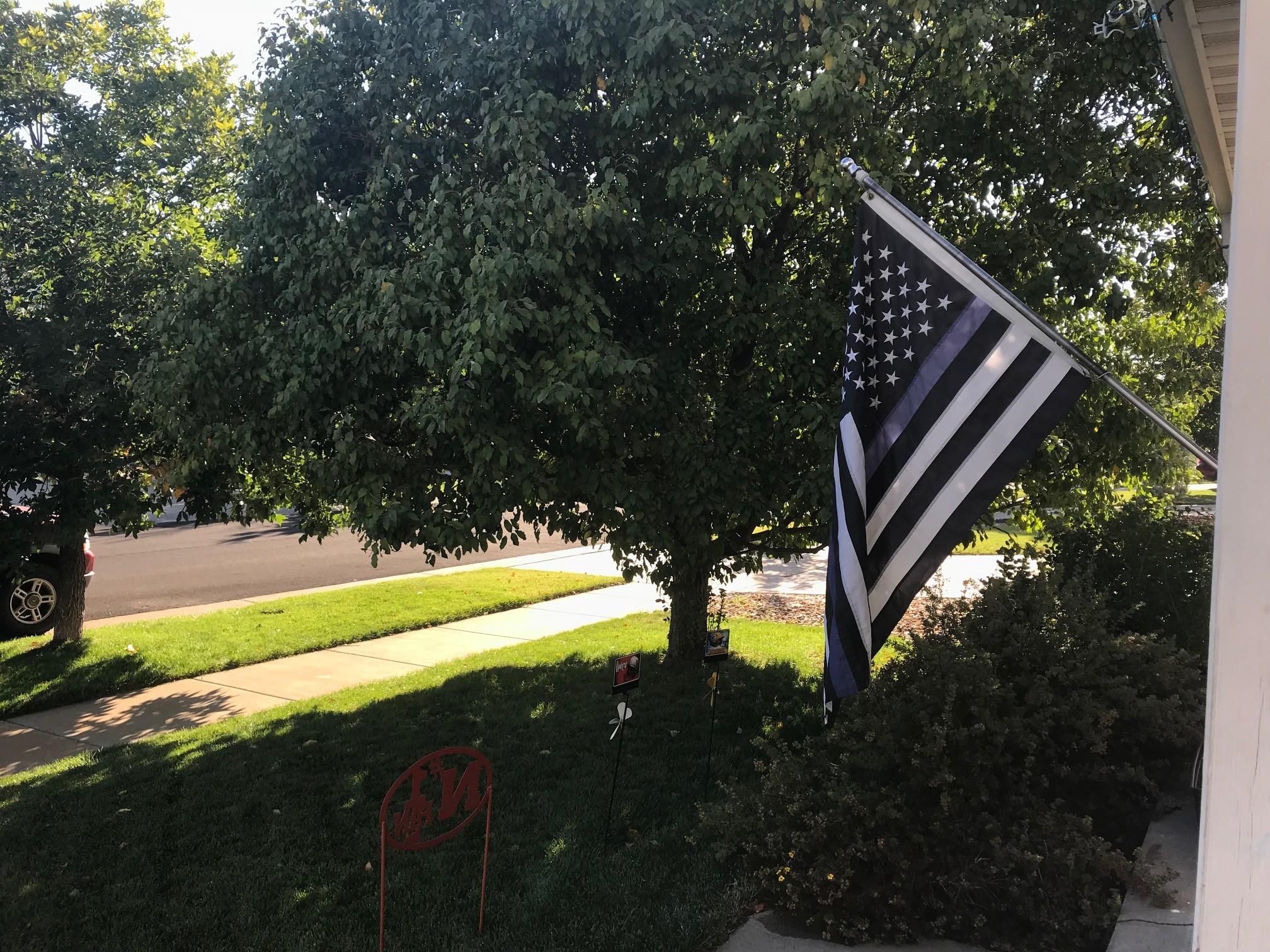 A veteran police officer and trainer was recently fined by his Home Owner’s Association for flying a flag in front of his home that depicts a thin blue line and blue lights that honor fallen police officers. The Colorado Officer, who has asked not to be identified, routinely placed a thin blue line flag and blue lights (above) in front of his home to honor each fallen officer, was notified today that his display of the flag violated a provision in the home owner guidelines that he could not display “holiday lights” when there was not a holiday.

Despite the officer displaying the lights at various times, over the last two years, it wasn’t until today that he was told that it was a violation.