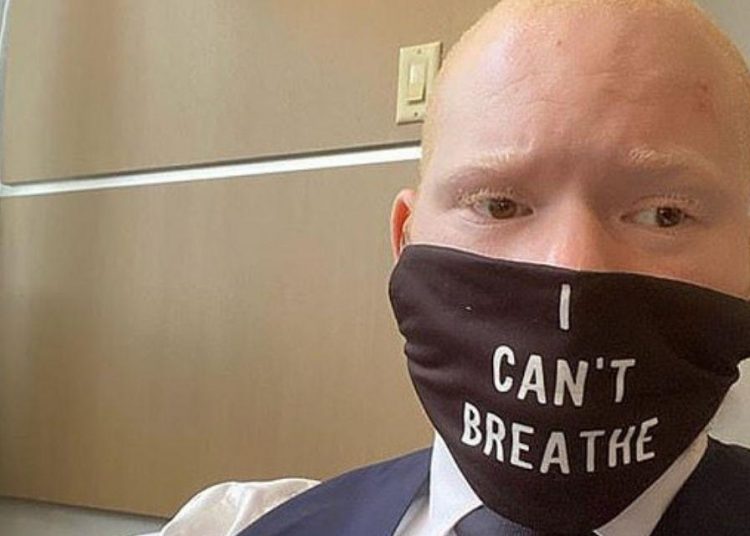 Cleveland, Ohio – A federal grand jury in Cleveland charged Maejor Page, whose real name is Tyree Conyers-Page, with three counts of money laundering and one count of wire fraud, according to a Department of Justice (DOJ) press release The indictment set forth by the government alleged that Page created a 501(c)(3) Facebook account titled “Black Lives Matter of Greater Atlanta.” He allegedly used the account to defraud individuals of over more than $450,000 after the tax-exempt status was revoked by the IRS, according to a press release.

“Page is accused of using unprecedented tensions and uncertainty due to widespread civil unrest and a global pandemic to fill his own bank account,” FBI Special Agent Eric B. Smith said, according to the press release. 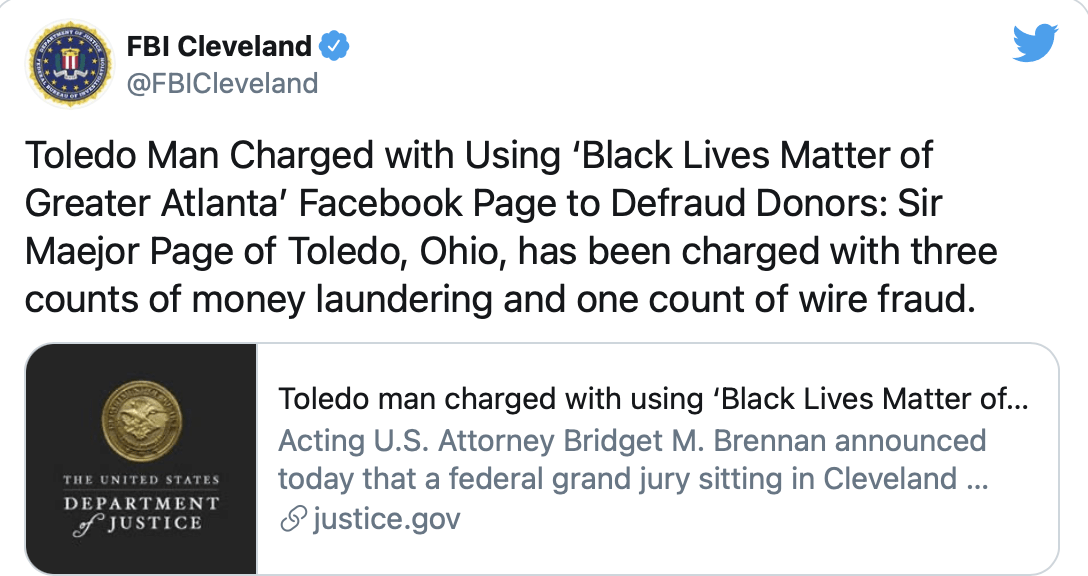 The indictment stated that from around May 2020 to approximately September 2020, Mr.Page, created a devious scheme banking on vulnerable individuals to defraud supporters by falsely depicting that all donations made to his 501(c)(3) charity would be used to support fighting racial injustices.

Page started the Facebook page in February 2016, and in around March of 2016, Mr.Page registered “BLACK LIVES MATTER OF GREATER ATLANTA INC” with the Georgia State’s Corporation Division as a 501(c)(3) non-profit charity, according to the press release.

The FBI announced in September 2020 that Page was charged with wire fraud and money laundering misappropriating $200,000 in donations.