Over Two Dozen Lawsuits Were Filed During Her Tenure 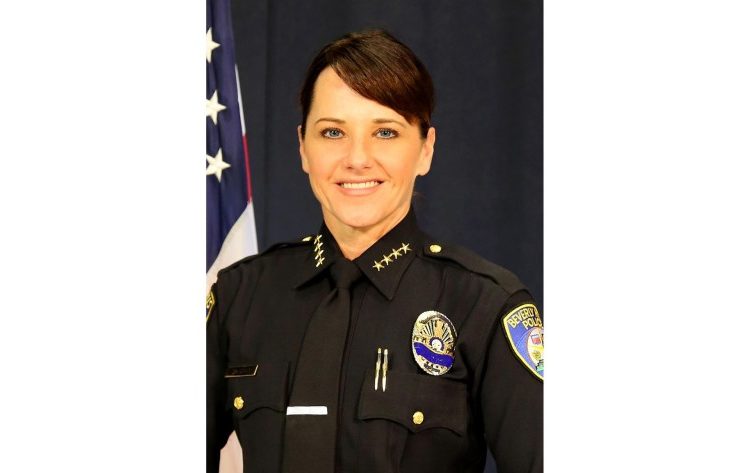 It’s been a rocky four years for Beverly Hills Police Chief Sandra Spagnoli and on Saturday she announced her retirement.

KNBC4 reported Saturday that Spagnoli was notified early last week she had until April 24 to resign or face possible termination, citing information from several law enforcement sources and others it did not name.

In a reply to an email seeking a response to the report, Keith Sterling, Beverly Hills’ public information manager, told City News Service, “The chief informed the city manager of her intention to retire.”

During her tenure, the city paid out millions to settle lawsuits alleging that she had made racist remarks to subordinate officers and engaged in acts of harassment.

“During the Chief’s tenure, crime was reduced while the department increased diversity, public outreach, best practices and advancements in technology,” Beverly Hills City Manager George Chavez said in a statement. “We thank Chief Spagnoli for her service to our community and her three decades of public service in law enforcement.”

Spagnoli was the first female police chief in Beverly Hills history in 2016.  She came to the agency in 2016 with a long resume including a Board Member with the International Association Chiefs of Police with previous chief jobs in San Leandro and Benicia.

She received praise upon her hiring and drew a glowing write-up in Vogue.

According to the Los Angeles Times, the good times shifted in 2018 when a torrent of litigation surfaced, accusing Spagnoli of making racist comments, retaliating against officers and showing favoritism toward subordinates with whom she had sexual liaisons. All told, at least two dozen lawsuits or notices of intent to sue were lobbed at Spagnoli since she was hired, records show. As the lawsuits piled up, the city hired Michael Sitrick, a crisis public relations specialist whose previous clients included Harvey Weinstein.

In late 2018, the city spent $2.3 million to settle a claim from Mark Rosen, a former police captain who was the highest ranking Jewish member of the department and had accused the chief of denying him promotional opportunities based on his religion and making anti-Semitic remarks.

Other claims against Spagnoli previously reviewed by The Times included allegations she had referred to the yarmulkes worn by observant Jews as “funny little hats,” asked if she had to “dress Mexican” when invited to dinner at a Latino employee’s home and reacted with revulsion when informed that an employee was gay. Some court documents contain allegations that Spagnoli had sex with subordinate officers who were later rewarded with promotions.

Last summer, a jury awarded more than $1 million in damages to a group of lieutenants who had accused Spagnoli of workplace harassment and retaliation for giving depositions that were favorable to Rosen’s lawsuit. The amount was later lowered to $850,000 by a judge, but Gage said he also recovered more than $3 million in attorney’s fees and court costs in that case.

All told, Gage said, the lawsuits his clients brought against Spagnoli cost the city about $8 million.

In a 2018 interview with The Times, Spagnoli denied the allegations of improper sexual relationships but stopped short of denying the allegations about racist remarks. Less than 24 hours after the interview, the city settled Rosen’s lawsuit.

“I am grateful to have served Beverly Hills and proud of the accomplishments over the past 4 years to keep this world-class community one of the safest in the nation,” Spagnoli said in a statement released Saturday.

Oklahoma cop retires after 57 years on the job