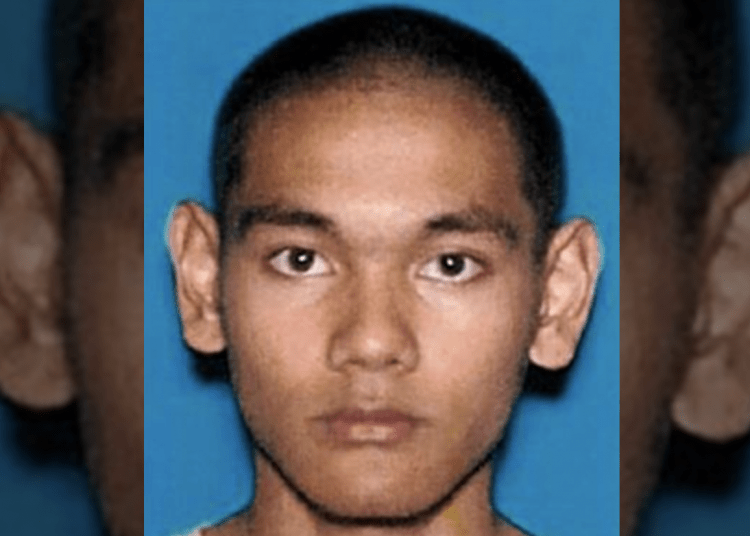 LONG BEACH, Calif. — A U.S. Army veteran who had expressed support for violent jihad was convicted Wednesday by a federal jury for his role in attempting to bomb a 2019 rally in Long Beach, California, as retribution for attacks against Muslims around the world.

Mark Steven Domingo, 28, was found guilty of providing material support to terrorism and attempting to use a weapon of mass destruction. Consequently, he faces a statutory maximum sentence of life in federal prison, Daily Wire reported.

The investigation was conducted by the FBI’s Joint Terrorism Task Force (JTTF), which includes participating state, local, and federal agencies.

Domingo has been in federal custody since his arrest in April 2019, when, according to federal authorities, he “received what he thought were two live bombs, but were actually inert explosive devices delivered by an undercover law enforcement officer.”

Update: Domingo has been convicted of providing material support to terrorism and attempting to use of a weapon of mass destruction. Faces max sentence of life in prison. Sentencing set for Nov 1. @KNX1070 https://t.co/Yvc609rXz9

The United States Attorney’s Office for the Central District of California released the following details in a press statement:

The investigation into Domingo was prompted by his online posts and conversations in an online forum in which he expressed support for violent jihad, a desire to seek retribution for attacks against Muslims, and a willingness to become a martyr. After considering various attacks – including targeting Jewish people, churches, and police officers – Domingo decided to bomb a rally scheduled to take place in Long Beach in April 2019.

As part of the plot, Domingo asked a confederate – who actually was working with the FBI as part of the investigation – to invite a bomb-maker into the scheme. Domingo then purchased and provided to the confederate and the bomb-maker – who in fact was an undercover law enforcement officer – several hundred 3½-inch nails to be used as shrapnel for the bombs. Domingo specifically chose those nails because they were long enough to penetrate organs in the human body.

Domingo selected the Long Beach rally as his target and, in April 2019, drove his confederate and the undercover officer to Long Beach to scout the location he planned to attack. While there, Domingo discussed finding the most crowded areas so he could kill the most people. On April 26, 2019, Domingo received what he thought were two live bombs, but were actually inert explosive devices delivered by an undercover law enforcement officer. He was arrested that same day with one of the bombs in his hands.

The rally that Domingo targeted was called the United Patriots National Front and was set to take place in Bluff Park.

But members of the group, which local activists have described as affiliated with white nationalism, did not show up. Instead, about 200 counter-protesters populated the park, but there were no arrests or injuries.

Domingo’s “back-up plan” was to target a demonstration against California’s so-called sanctuary state law, which took place in Huntington Beach.

After federal authorities saw Domingo’s extremist comments online, an informant made contact with him. During a drive on March 18, Domingo pointed out possible targets, including “police cars, churches and a National Guard Armory,” to the person he believed to be his co-conspirator, FBI Special Agent Tasha Coolidge said.

The veteran said he didn’t plan on getting away: “Martyrdom, bro.”

According to court records, Domingo said he would attack the Port of Long Beach if he survived. Court documents also indicate he considered blowing up the world-famous Santa Monica Pier.

Domingo told FBI agents that he joined the military to “slaughter” Muslims, but became bored while serving in Afghanistan, where he said he was “getting shot at and not being allowed to shoot back,” Long Beach Post reported. “The Army soon kicked out Domingo when his fellow soldiers found their names written on his rifle’s bullets and grenades used at their base.”

In 2019, he reportedly converted to Islam, Daily Wire reported. Afterward, his online posts became increasingly radical, which caught the attention of law enforcement.

Domingo is scheduled to be sentenced on November 1.

Following an investigation by the #JTTF in LA, federal & local officials announced charges unsealed today against Mark Steven Domingo who is alleged to have targeted a protest with an IED. If you have info about the charges, call us at 3104776565 #Thwarted https://t.co/Pv6IVuB71I pic.twitter.com/qe6cYL0wr5