Six cyclists and the suspect are in critical condition 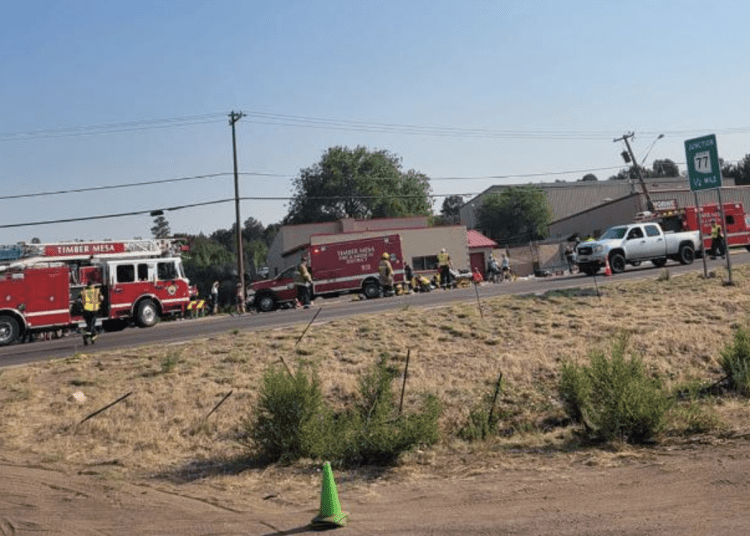 SHOW LOW, Ariz. — Arizona police were involved in a shooting with the driver of a pickup truck who is accused of mowing over six bicyclists Saturday morning during a cycling event.

According to the Navajo County Emergency Management and Preparedness Facebook Page, a Black Super Duty Ford F150 hit “multiple bicyclists” near the westbound lanes of Highway 60 in front of Horne Auto Collision Center before fleeing the scene.

The incident occurred during a “Bike the Bluff” race. The website describes it as a 58 mile race to benefit Mountain Christian School, which is K-8th grade, located in Show Low. It’s unknown how many racers participated in the event.

Police chased the suspect to the area of South 3rd Drive and West Oliver, authorities said. Once officers caugt the vehicle to the rear of a local Ace Hardware store, an officer-involved shooting occurred, 12 News reported.

The unidentified suspect was shot and taken to a local hospital. Authorities say the perpetrator is in critical condition but stable condition. There were no further details provided.

A joint investigation is underway by the Show Low Police Department, the Navajo County Sheriff’s Office and the Arizona Department of Public Safety.