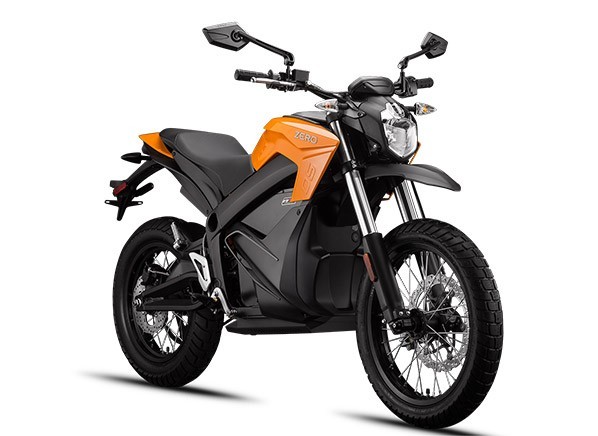 byJP Molnar
Share and speak up for justice, law & order...

In recent issues, we have discussed the development and integration of both electric and hybrid vehicles into law enforcement fleets. Based on this, one could conclude that EV technology is a recent thing, but in fact, there have been some companies operating quietly in the background for years now, developing and offering hybrid and electric vehicles for patrol use. One such company is Zero Motorcycles. The Santa Cruz, Calif.-based company has been producing electric powered dirt and street bikes since 2006, with law enforcement specific versions for a few years now. What makes the story more interesting is that the needs of the modern law enforcement community in terms of low impact, environmentally and financially advantageous patrol vehicles is finally in line with Zero’s design philosophy of offering high performance motorcycles that produce zero emissions with low operating costs. To identify whether an electric powered motorcycle might fit the needs of your agency, let’s look at some potential tactical advantages, the technology and the factors that affect daily operational parameters in these vehicles.

In our line of work, silence can be a good thing. The lack of noise inherent in an electric motor means that officers can approach subjects or observe behaviors in a manner that a conventional, gasoline powered motorbike wouldn’t allow. This advantage is important, says Officer Steve Carbajal of the Los Angeles Police Department’s Off-Road Unit. “This motorcycle is so quiet that we continuously sneak up on wildlife and suspects while out on patrol,” he says.

A second advantage is the torque available from an electric motor. Because electric motors make maximum torque from rest, this means the Zero can maneuver easily through tight crowds, climb steps and accelerate quickly in a very short distance, all while not requiring multiple gear changes or high RPMs to do so.

With no exhaust and minimal heat produced, the bike can be operated indoors and around crowds where concerns of potentially burning someone with a hot exhaust pipe or engine are present.

At a distance, Zero’s Electric Motorcycles, or more specifically, the law enforcement-specific Zero SP, DSP, and FXP look like other conventional motorcycles. However, once you get close, it’s apparent that the powertrain is very unconventional as the gasoline engine is nowhere to be found. Regardless of the trim or model you choose from Zero’s law enforcement lineup, you will find the company’s Z-force, passively air-cooled, high efficiency, radial flux magnet, brushless motor coupled to a 420-amp, brushless controller with regenerative deceleration. The end result is a 40 kilowatt motor that produces 54 hp and 64 ft. lb. of torque to the rear tire through a clutchless direct drive. Translated to real world use, this means a top speed of 98 mph and a 0–60 mph time of about four seconds.

The amount of battery capacity is variable, depending on trim level. Electric battery capacity in the transportation world is defined in kilowatt hours, so think of a single kWh as being similar to a “gallon” of gasoline. The Zero is available with Lithium-ion (Li-Ion) battery packs ranging from 9.3 kWh to 12.5 kWh, with the option of adding a Plus Power Tank that brings the total “tank” capacity to 15.3 kWh. As expected, the range of the Zero is directly proportional to the battery pack size. Zero rates the city range of the packs at 109, 145 and 178 miles, respectively. Of course, factors like weight, weather, rider habits and geographic conditions will affect range, but being that most of these vehicles are being used for targeted purposes, feedback from the more than 50 agencies that use the Zero have determined the range to be sufficient. As an example, in Georgia, Sergeant James D. Fincher of the Cobb County Police Department’s Ranger Services says, “We currently use them to patrol the 77 parks within the Cobb County parks system, along with patrolling the 13-mile Cobb section of the Silver Comet Trail (a heavily traveled, 61-mile paved trail stretching from the Atlanta area to the Georgia-Alabama border).”

Of course, the ability to use this range is directly affected by the amount of time and ability to charge the Zero once the battery becomes depleted. Charge times can vary depending on the state of charge of the battery when it is plugged into an electric source. To provide a baseline, Zero provides charging times assuming a fully depleted battery pack. These charging times are dictated by whether you plug the bike into a standard 110v outlet using the onboard 650 watt charger, or a standalone quick charger. This is also affected by which kWh battery pack you have. Zero says the smallest pack (9.3 kWh) will take from 1.9 to 6.6 hours total, with the largest pack (15.3 kWh) taking 2.8 to 10.5 hours. What also helps immensely is the innovative and exclusive modular power pack system that allows power modules to be swapped out in a matter of seconds. This capability also allows you to change the range of the bike depending on which modular power packs are inserted.

One of the biggest advantages of utilizing electric power is what you don’t get with operating a Zero motorcycle. Since the bike is missing many traditional components, there are no clutch cables to adjust, no oil to change, no gasoline costs, no idle adjustments, no oil filter changes, no timing belts, no fuel lines, no spark plugs, no clutch replacements and no worries about checking fluids. Mechanically speaking, brushless electric motors are virtually maintenance free, and the Li-Ion battery packs, depending on size, can go as long as 368,000 miles before they drop below their 80% capacity threshold. In other words, you will wear out long before your Zero motorcycle will.

What you do get with your Zero is a very low operating cost with minimal maintenance. Based on California electric prices, Zero says the average cost for recharging the battery pack ranges from $1.05 to $1.72, depending on size. When you consider the $1.72 can take you as far as 178 miles today, it’s a pittance when compared to gasoline-powered options. So, while there are typical maintenance items like brakes and tires, a large chunk of a traditional operating budget is removed with the switch to electric.

Zero Motorcycles’ law enforcement options come in several variants and are available with a number of the traditional police bike options such as sirens, lights, storage bins and the like. Regardless of the model, all of the bikes benefit from the inherent tactical and operational advantages provided by utilizing a high-powered electric motor. Perhaps this is why more than 50 police agencies nationally, plus more worldwide, now count on Zero Motorcycles as part of their daily patrol fleet. Now, that’s something to get amped up about.

JP MOLNAR, who has a Master of Arts in education and training, is a former state trooper and has been teaching EVOC since 1991 for various agencies. He’s a contract instructional designer and performance/public safety driving consultant. He has also raced cars for 25 years and has taught at numerous high-performance racing schools.

JP Molnar is a former state trooper and has taught EVOC since 1991 for various agencies. He has raced for for almost three decades and has taught at numerous high performance racing schools.