The woman received a broken nose during the thrashing 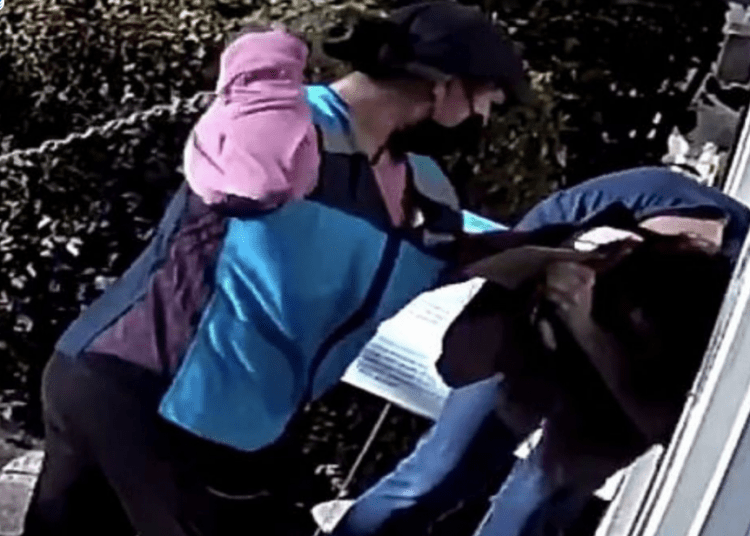 CASTRO, Calif. — An Amazon delivery driver decided to scold a customer by telling her to “check her white privilege” during a beatdown over a conflict. Itzel Ramirez was arrested Thursday by the Alameda County Sheriff’s Office in Castro, California, over the incident caught on video.

According to reports, the unnamed victim, 67, came to the entrance of the building after receiving an alert that a package had arrived. She then saw Ramirez there with the Amazon delivery driver’s vest on but couldn’t find the package. She asked the driver about the package, and Ramirez said she would get it soon, KTVU reported.

After 15 minutes had passed, the victim once again inquired about the package. That is when the argument began. The argument escalated and Ramirez, 21, pummeled the woman with several blows to the head. The victim called 911 to report the drubbing.

The video below shows Ramirez repeatedly punching the customer in the face and head area.

The building’s owner, Doug Smith, told KTVU, “I believe the Amazon driver said something about ‘your white privilege,’ and my tenant said, ‘You don’t need to be a b*tch about it,’ turned around and walked away.”

At that point, Ramirez began battering the victim. The woman received a broken nose during the thrashing, Post Millennial reported.

Although she was caught on video as having attacked the victim, Ramirez is claiming self-defense.

“We can’t have our delivery drivers or people out there in the community attacking people, punching people in the face,” said Sgt. Ray Kelly.

The Amazon delivery driver is being held on $100,000 bail by Alameda County on suspicion of battery causing serious bodily injury and elder abuse.