By any measure, Sharif should have been in prison at the time of the crash, but he wasn’t. Sharif has at least 26 prior convictions since 2016. 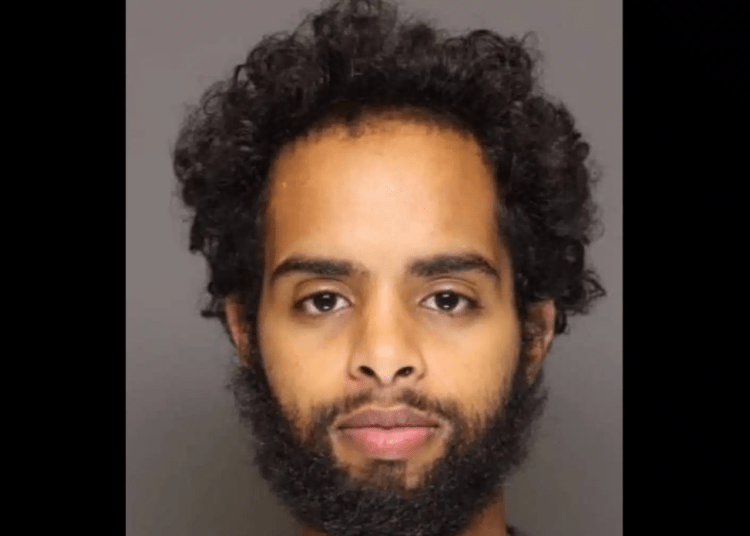 BLOOMINGTON, Minn. – An Eden Prairie man who should have been in prison is now accused in the death of his friend following the crash of a stolen vehicle that was fleeing police near the Mall of America in Bloomington, Minn., last week, charges say.

Abdeljabar Ahmed Sharif, 25, of Eden Prairie has been charged with criminal vehicular homicide and four other felonies in the crash that killed Abdikadir M. Issack, 23, of Willmar on Tuesday afternoon, Nov. 8.

By any measure, Sharif should have been in prison at the time of the crash, but he wasn’t.

Sharif has at least 26 prior convictions since 2016. Eight of those convictions racked up since 2018 are for cases in which Sharif was charged with felony crimes, including six for theft, one for receiving stolen property, and one for third-degree burglary.

In one of the theft cases, Sharif was offered a plea deal dismissing violent crime charges of first-degree aggravated robbery and simple robbery. Charges in that case say Sharif stole a victim’s phone during a sale meetup in Savage, then got into a vehicle and fled. The victim tried to grab onto the vehicle and was dragged for a distance, letting go when one of the occupants of the vehicle flashed a knife.

Sharif was granted some form of stayed and/or reduced sentences in all eight of the cases in which he had been charged with felony crimes. In most of the eight felony cases, Sharif was credited with jail time already served and was placed on probation. In others, he served a few days in the workhouse.

Sharif was convicted on his eighth felony as recently as June 17, 2022, on a charge of theft in Anoka County Court. Despite Sharif’s numerous prior felony and other convictions, Judge Dyanna L. Street granted a stay on the 19-month prison sentence. Sharif was instead given credit for time already spent in jail and was placed on probation for a term of three years.

Sharif was in court again on Sept. 27, 2022, during which he was found to have violated probation for the second time in six months on two prior convictions of felony theft for which he had originally received stays of imposition. Despite having been charged with several new crimes since the stays of imposition were granted, and having multiple failures to appear at scheduled court hearings, Sharif’s probation was not revoked in the two cases, but was instead continued by Dakota County Judge Richelle M. Wahi.

At the time of his arrest, Sharif had at least two pending felony cases on charges of robbery and theft, as well as another case on charges of gross misdemeanor-false information to police and misdemeanor theft — all in Hennepin County.

Charges in the Bloomington crash say Sharif was driving a stolen vehicle onto Mall of America property last Tuesday when one of the mall’s automatic license plate readers (ALPR) picked up the plate and sent out an alert to nearby squads just before 4 p.m.

Two occupants exited the vehicle after the crash, and one, later identified as Issack, remained inside with life-threatening injuries and was pronounced deceased on site. It was determined the vehicle had been previously stolen out of Minneapolis.

Sharif was transported to a hospital following the crash at which time 92 pills that field-tested positive for over 10 grams of suspected fentanyl were found in a container on his person.

Bloomington Police Chief Booker Hodges provided a video update the day after the crash during which he explained the police department’s pursuit policy and said that officers did not have time to engage in a pursuit or a pursuit intervention technique (PIT) prior to the suspect vehicle crashing.

Sharif has been charged with felony counts of criminal vehicular homicide, fleeing police in a vehicle that results in death, third-degree narcotics, receiving stolen property, and fleeing police.