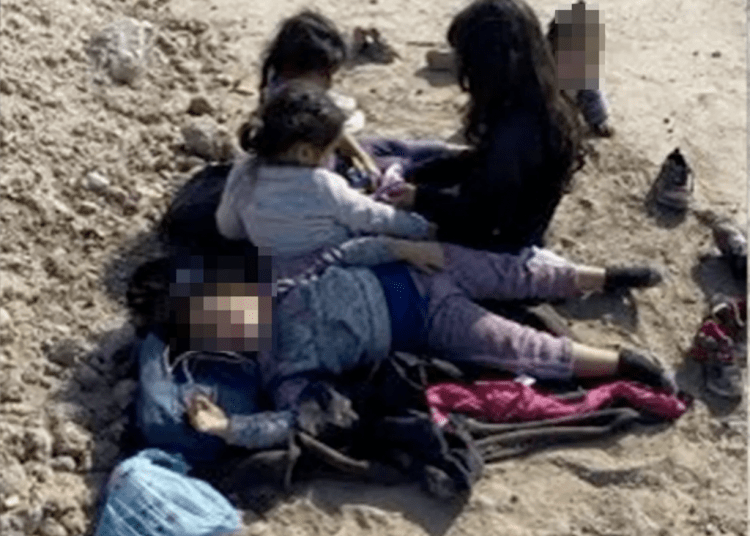 QUEMADO, Texas — Five abandoned migrant girls, all under the age of 7, were discovered Sunday by a Texas farmer on his land in Quemado, near the Rio Grande River. Rep. Tony Gonzales, R-Texas, spoke with the farmer who said he found the “baby girls” hungry and crying. He said one was naked and was crawling because she was too young to walk.

Gonzales tweeted a photo of the girls Sunday night with the caption, “Take a good hard look at the #BidenBorderCrisis… @POTUS enough is enough let’s work together [to] solve this crisis.”

The farmer said it was very hot so he provided them shelter and gave them some food before authorities arrived. He said he did not believe they would have survived if he had not spotted them, Fox News reported.

The incident seemed to underscore the worsening situation along the southern border. The farmer told Gonzales that he lived on the farm since 1946 and he never experienced such conditions.

Last night I shared a heartbreaking photo of young children found by a farmer on his land in Quemado. While we thank God they were found alive, these tragic scenes are happening more & more.

Today I visited with him & talked about the border crisis. We need a solution now. pic.twitter.com/Zzvk4UgAGc

U.S. Customs and Border Protection said the girls would go under the custody of the Department of Health and Human Services once they were processed. The girls ranged in age from 11 months to 7 years old, according to ABC 7. Three of them are believed to be from Honduras and the other two from Guatemala.

“Unfortunately this happens far too often now. If not for our community and law enforcement partners, these little girls could have faced the more than 100-degree temperatures with no help,” he said.