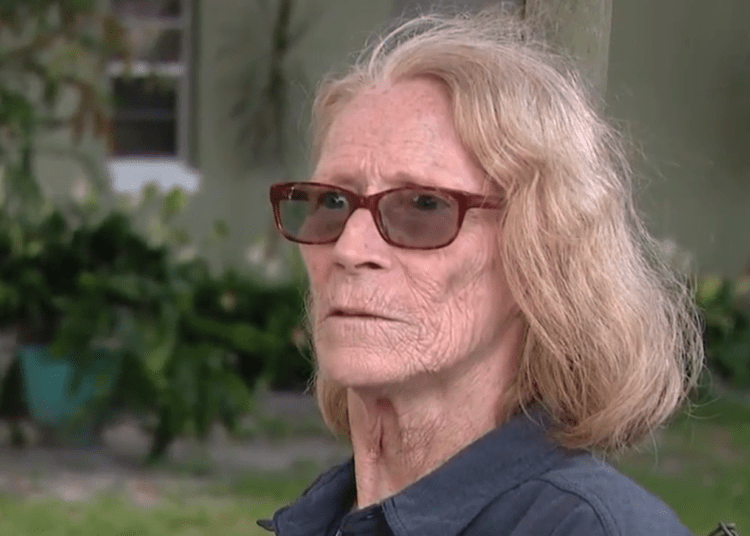 ORLANDO, Fla. – A 70-year-old woman said she fired a warning shot after an intruder walked into her home Sunday afternoon and refused to leave, before ultimately shooting him. The perpetrator died at a nearby hospital, according to reports.

The Orange County Sheriff’s Office responded to Virginia Morrison’s residence Sunday regarding a “burglary in progress.”

Morrison said she tried to get the suspect out of her home by hitting him with a broom, but Rosario-Torres reportedly swatted the broom away.

“I didn’t know what he was going to do, but I knew I was going to protect myself. I’m a fighter. I’m going to defend myself,” the feisty woman said.

“He stepped in, and I turned around, and I said ‘who the hell are you? What do you want?’ Nothing. This guy never said a word the whole time he was here,” said Morrison.

The Florida grandmother said her partner Charlie, 79, retrieved his firearm and discharged a warning shot, but the home intruder did not leave.

Morrison then retrieved her gun and fired a warning shot while confronting the man in her backyard, she said, recounting the ordeal.

“He started coming toward me and I fired a shot above him. ‘Back off dude!’” Morrison emphasized. “And he just kept coming toward me. So I just lowered my gun and shot him.”

“I didn’t realize I hit him but once I looked, he had a hole in his t-shirt and I thought I got him,” she said.

Rosario-Torres was transported to a local hospital where he died, Fox News Digital reported.

“I have feelings,” she said. “I have God in my life. That’s my main thing, wondering if God’s going to forgive me for taking a life. It bothers me.”

According to FOX 35, the fatal shooting occurred near the end of the woman’s driveway.

The State Attorney’s Office will review the case to determine whether Morrison acted within her legal rights to defend herself.

“So if someone comes into your house and you don’t know who they are, Florida automatically says we are presuming you are in fear,” Panella said.

Morrison said she and Charlie have been living in the home for nearly 20 years.

“I had to do what I had to do to protect myself and Charlie. And I would do it again. If I had to, but I don’t want to do that,” Morrison told WESH. “I hope God can forgive me for taking a man’s life.”