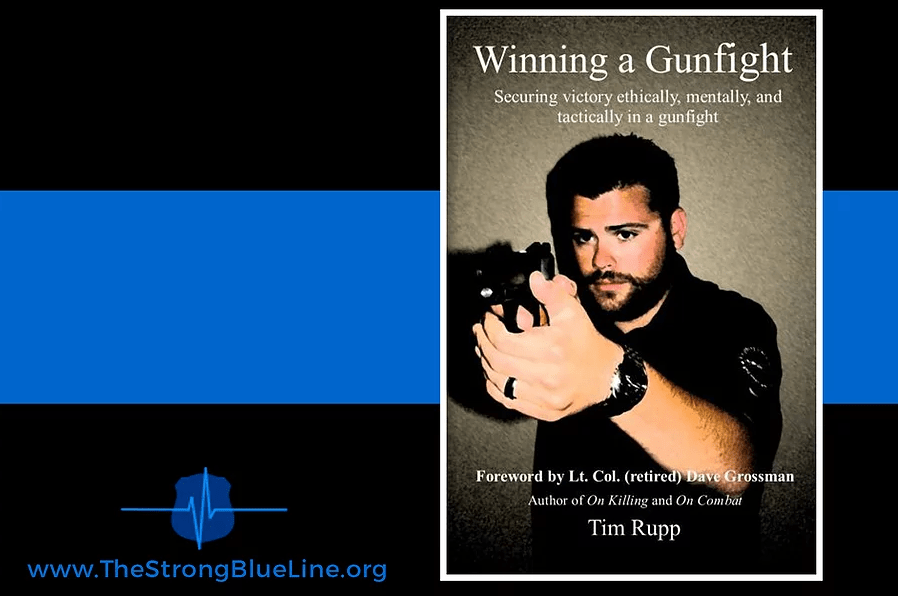 Tim Rupp served 4 years in the Air Force before joining the San Antonio, TX police department.  He retired in 2007 after 24 years of service, but not before he was involved in a deadly gunfight.  In this episode, he details the events of his gunfight, explains that there is a difference between merely surviving and and actually winning a gunfight, and provides invaluable insight for those who have or may engage in a deadly encounter.

In his book (as explained in this episode of the podcast), Winning a Gunfight Ethically, Mentally, and Physically, Tim teaches us to secure victory ethically (spiritually) as well as mentally and physically.  He says that surviving means that you continue to exist, but winning is different.  Many who are involved in deadly force encounters may survive the incident physically, but struggle mentally or ethically with “false guilt.”

Now serving as a Pastor in Idaho Falls, ID, Tim provides a biblical perspective to help answer the ethical question of killing another human being.  He also references the mental and psychological training of Lt. Col. Dave Grossman, who provides an understanding of the 5 stages of a gunfight.

Tim continues his work as a firearms training instructor, and his book serves as an excellent resource for the practical tips and techniques of proper shooting.  It is highly recommended for officers, spouses, or others who want to master the basics of shooting and train properly should they engage in a deadly encounter.

Jonathan Parker is a professional communicator, trainer, podcaster, and pastor who is passionate about serving law enforcement officers and their families. Jonathan was raised in Savannah, GA, and after earning a Bachelor of Science in Criminal Justice and Bachelor of Arts in Spanish, he moved to Cleveland, TN to complete his graduate studies. He graduated from the Pentecostal Theological Seminary in 2006 with a Master of Divinity. Jonathan began working with the Chattanooga Police Department in 2007, and has served on Patrol, as a School Resource Officer in an inner-city high school, and as an adjunct training instructor for multiple agencies. He was twice named “Officer of the Year” for the Chattanooga Police Department, received two life-saving medals – one of those for performing CPR on his wife Meredith who was clinically dead for over 15 minutes after suffering a massive heart attack eight (8) days after the birth of their daughter, and he also received the Tennessee Governor’s Homeland Security Award from former Tennessee Governor Phil Bredeson. Jonathan is the host of the “Watch Your Six” podcast, which serves law enforcement and first responder families by providing practical resources in six critical areas to help them successfully navigate life and their career. Jonathan, Meredith, and their daughter Olivia are the founding Pastors of Cop Church Chattanooga, a worship gathering for law enforcement families that launched in February 2015. Jonathan can be reached via his website at www.JonathanOParker.com or www.CopChurch.com.
Tags: podcastwatch your six