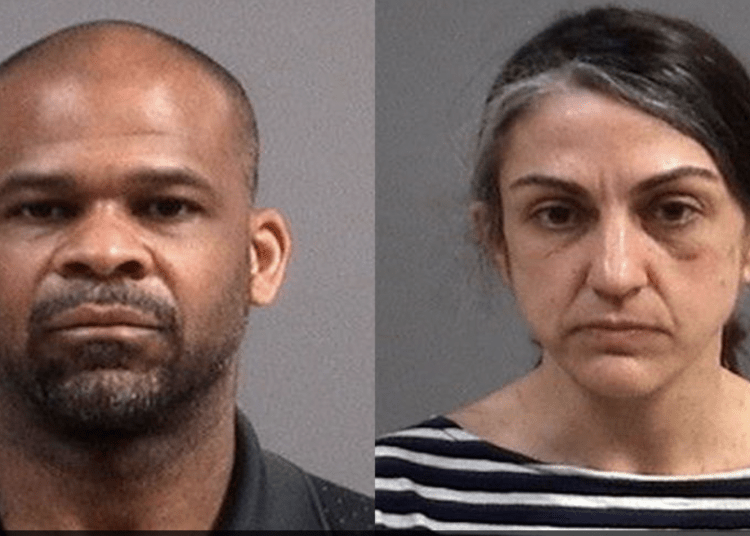 Kassceen Weaver, 49, and Dina D. Weaver, 48, of Chesterfield, were charged with conspiracy to conceal the body of their son, Eliel Adon Weaver. (Chesterfield Police)

CHESTERFIELD COUNTY, Va. — Virginia parents have been arrested after their child’s remains were discovered in a freezer in their garage, according to law enforcement authorities.

Police spokesperson Liz Caroon said the remains of Eliel Adon Weaver are believed to have been in the freezer for at least two and a half years. Investigators believe the parents failed to administer aid to the child and concealed his body sometime between Jan. 1, 2016, and Dec. 31, 2018, WRIC reported.

Hence, Kassceen Weaver, 49, and Dina D. Weaver, 48, were charged with conspiracy to conceal the body of their son who was believed to be under the age of 5 at the time of his death, according to the news outlet.

Police received a tip to search the couple’s home on May 4, which led to the discovery of the boy’s body in a freezer in the garage, Richmond Times-Dispatch reported.

The tip may have come indirectly from Dina Weaver. She reportedly spoke to her brother about her “deceased son,” and during a detailed conversation on May 3, she said the boy died “two years ago.” Furthermore, she said her husband “had wrapped up his body and placed it in a freezer in the garage; the remains were still to be [found] on the scene,” the complaint says.

The cause and manner of death have yet to be determined.

Chesterfield Police Major Mike Louth said the state medical examiner’s office “had to bring in some specialists — forensic anthropologists — to determine a way to ‘thaw’ those remains out so we didn’t lose anything, or do any damage to the remains, so we’d still be able to determine whether there was anything of evidentiary value.”

“This is the first time I’ve seen anything like this. It’s a heartbreaking case to observe,” Louth told reporters, according to the New York Post.

Eliel Adon Weaver was believed to be under the age of 5 at the time of his death. (Family photo via New York Post)

The Weaver’s have been charged with failing to render aid to a child. Kassceen Weaver has been also been charged with domestic assault and malicious wounding of an adult female who is known to him. Although police did not disclose details, it’s worth noting that Dina Weaver described situations of domestic violence where her husband would tie her up with an electrical cord and burn her with a curling iron, according to the complaint, Richmond Times-Dispatch reported.

Moreover, Dina Weaver appears to have a black eye that is in the healing phase during her booking photo.

The parents have been released on bond. They are expected back in court on Aug. 5.