There Is No Such Thing as a Free Cup of Coffee 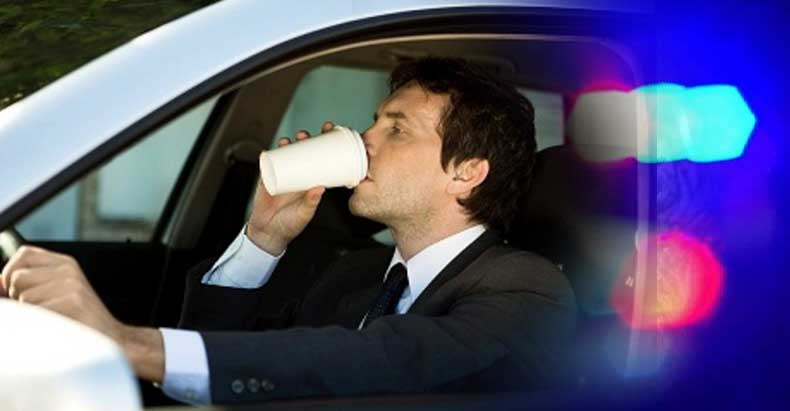 Most Law Officer readers know me as a force trainer and tactical kind of guy. But, I’d like to shift gears for a moment and venture into a totally different area—police ethics.

My wife and I have a standing date night on Fridays. Anne teaches all week and I usually spend my weekdays wading through depositions and police reports. Friday nights typically have us going out to dinner, and then hitting a local outdoor music venue, where I can enjoy a cappuccino and the occasional cigar. Anne hits the shops for an hour or so and joins me around 8 p.m. This particular Friday night, while waiting for my cappuccino, a local uniformed law enforcement officer walked in and ordered a coffee. The coffee shop will remain unnamed as will the name of the police agency, but what concerned me was after the LEO got his tall house blend, he paused momentarily at the counter, and calmly walked out the door when the barista said “no charge.” I watched as he got into his squad and drove off.

As we were leaving, Anne asked me, “Is that one of the things that is sometimes right and sometimes wrong?” Her question was based on her reading a recent online column, where five police tactics experts and I were interviewed on a particular tactical concept. Another expert and I took a very definitive position on the subject, the other three—all of whom work for either private or public training organizations—kind of vacillated on the tactical appropriateness of the core issue. The other lone expert and I are independent trainers who owe allegiance to no one other than our trainees. I explained to my wife that the wishy-washy response of the other four was most likely caused by their unwillingness to ruffle the feathers of their employers or co-workers and most likely feel the need to show some loyalty to a certain system or concept.

The answer to the tactical question we were queried on should have been obvious to most police tacticians. However, be that as it may, my reply to my wife was, “No, that is always wrong.” The looks on the other customers’ faces as well as the smirks exchanged between the two baristas corroborated how they felt about the gratuity.

There Are Consequences
Way back when I was a rookie, one of my first exposures to the concept of police discounts occurred one summer at a popular beachfront hot dog stand. The substitute FTO I was riding with and I had just finished our burgers and Cokes when we both got up to leave. I reached back for my wallet and felt an ironfisted grip on my forearm. I looked over and saw the cold, steely eyes of my FTO looking back. He leaned in, stared right into my face and said, “I ain’t paid for a meal in this joint in 15 years, boot. I ain’t about to start now.” Thankfully, I never had to ride with that guy again. But, this concept of “free meals for cops” flew in the face of everything I was taught in the academy about gratuities.

Needless to say, during my two decades on the street, I’ve seen my share of the freebie meals and other police discounts. During my stint as an IAB investigator, I investigated a few of the more serious ones and even had to deal with one or two as a boss, once relieving a night shift patrolman from duty and sending him home while I wrote up the statement of charges against him for my immediate supervisor to handle the next morning. This guy had been warned, reprimanded and written up for accepting free meals. For this last incident, the officer wound up taking a summary suspension for conduct unbecoming.

I recall one incident raised by another newly promoted boss during a supervisory ethics class at sergeant’s school, where a local restaurant owner actually brought in a notebook replete with dates, names and costs of the free meals he had provided to officers during the past year. He was attempting to make his son’s recent DWI arrest go away by taking his “book of business” to the DA’s office. There are few absolutes in law enforcement. The nature of police work requires some level of flexibility, even in tactical areas. But when it comes to gifts and graft, in my humble opinion, there’s only black and white. Free coffee and/or meals are wrong. Period.

A Weighty Issue
Time and space won’t let me venture into all the serious ethical issues normally covered in a police ethics course (basic or supervisory) such as covering up a DV between a cop and his spouse, fudging on court timecards or giving an intox off-duty police bud a ride home when stopped for a traffic infraction. However, the issue of freebies isn’t a minor deal.

Example: One night while on patrol, Dave the Rookie stopped a young lad for a minor traffic offense. The smell of Acapulco Gold filled the inside of the car when Peter the Pothead rolled down his window. The Reader’s Digest version is that Peter didn’t want to take the bust for the ounce he had in his center consol so he offered up his suppliers. I brought young Pete over to the narc unit and was offered the chance to work with them in debriefing and registering Pete as a snitch. Pete agreed to make some recorded phone calls and set up some controlled buys.

When it looked as if the investigation was going to last through dinner, one of the narcs asked if I would make a run to the local Mickey D’s and pick up some dinner. After standing in line for about 10 minutes, I finally made my way up the front and was greeted by a young girl, who bagged up my order of four cheeseburgers, four fries and four sodas. As I was standing there money in hand, young Amber, in her loudest inside voice, yelled back to her manager “Hey, do cops still eat for free?” After pulling my still quivering body up from beneath the counter I was trying to crawl under, I tossed the $20 bill I had in my hand, grabbed my bag and tray of food and left. I never went back to that McDonalds again. Bottom line: The practice of cops frequenting those establishments that feed them for free, even if you’re not one of the freeloaders, affects all of us.

Resources
Two of the best writings on police ethics I’ve come across are Reputable Conduct: Ethical Issues in Policing and Corrections, by John R. Jones and Daniel P. Carlson, and Enforcing Ethics by Debbie J. Goodman. They both are fairly short in length (200 pages) and delve into a lot more areas that I’m not able to get into in this short piece. Enforcing Ethics is an easy read and contains over two dozen ethical scenarios with answers to each. Reputable Conduct, while a little more cerebral, contains a list of 40-plus references and more than a dozen scenarios, and is a must if you’re an academy instructor looking for a teaching manual or guide to aid you in course development. Whether you’re a department trainer, a new boss or a street cop in line for a promotion, I’d strongly suggest picking up both of these books. You’ll find a lot of great information and useful material to reflect on. If you’ve been on the job for a few years, I’m sure you’ll recognize several of the scenarios described in both texts. I’ve referenced the contact info for both books at the end of the article.

Getting back to our coffee/cop incident, I’m sure some of our readers are thinking that perhaps ol’ Lt. Dave has really lost it and is making a mountain out of a mole hill. “Hey, it’s just a cup of coffee. Loosen up.” If you’re one of the folks who hold that position, I want you to think about the answers to these three questions courtesy of Enforcing Ethics. And should you find yourself in a free coffee situation tomorrow or next week, think about the answers to these three questions: Why is this person offering me this free cup of Joe? Is it because I’m a cop? If I weren’t a cop, would this person be offering me this?

We can only guess what the answer is to question number one. Some might justify the freebie because the owner wants the visibility/police presence solely for the security and safety of his customers. In reality, most ethical cops avoid those places that feed cops for free. And the police presence excuse falls short when you consider the fact that the owner/manager would get the same law enforcement visibility whether the cops pay for their coffee or not, if the service is fast and the coffee’s good. But if the answers to numbers two and three are “yes” and “no,” respectively, then you know that this cup of coffee you’re about to enjoy isn’t free at all. It comes with a price, and it’s a price I for one am not willing to pay.