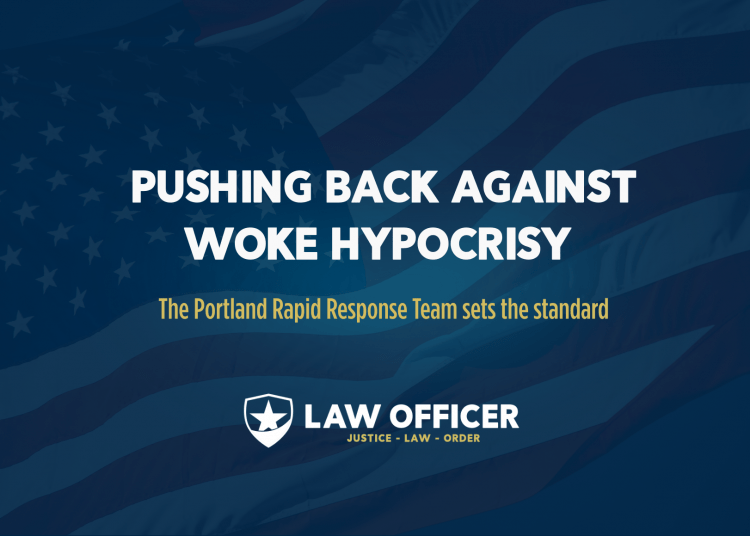 PORTLAND, Oregon — The entire Portland Rapid Response Team recently signed after Officer Corey Budworth was charged with assault. Officer Budworth responded with the team to a riot involving Antifa that included militants throwing a Molotov cocktail into the Sheriff’s Department Headquarters—but of course, in woke-gone-wrong world, Officer Budworth was charged with assault, never mind the assaults and acts of violence that the protesters committed.

Clearly, District Attorney Mike Schmidt is single handily handing over the city to a crazed mob. And Schmidt has all but endorsed violent acts of protesters when he refused to prosecute over 540 riot-related cases “in the interest of justice.”

Management and staffing of the Rapid Response Team falls within the purview of the leadership of the Portland Police Bureau. I have confidence that the Bureau will continue their mission to maintain public safety. In the meantime, my office will continue to focus on the fair and just prosecution of criminal matters. We cannot expect the community to trust law enforcement if we hold ourselves to a lower standard.

Here’s what we’re wondering: how is it even possible for the community to trust DA Mike Schmidt?

After all, he’s basically condoning burning and looting, if not welcoming it in Portland. And since Schmidt seems to care so much about holding others accountable, we can only applaud the Rapid Response Team for holding DA Schmidt accountable for effectively sanctioning violent protesters while prosecuting police officers.

And we’re encouraged that they have sent a clear message to woke-minded politicians and district attorneys willing to play political games with the lives of law enforcement and the citizens they serve.

Law enforcement has played nice for far too long. While politicians and their crazed allies such as Antifa wreck havoc on the good citizens of this country, cops keep going to work and they keep doing the job they were asked to do—and Officer Corey Budworth is paying the price.

Granted, we wish such bold statements weren’t necessary. And we would we love to “re-imagine” and reform politics so that our so-called leaders would actually care about civility and stopping crime.

But without the clear, bold, and commendable action of the Portland Rapid Response Team, others will continued to be martyred before the altar of woke stupidity.

Therefore, we applaud the Portland Rapid Response Team and we would tell others that if necessary, follow their lead.

While everyone that wears the badge took an oath to protect and serve, that oath does not include martyrdom—or death due to ignorant, woke-minded policy making.

And in case political leaders in Portland or elsewhere in America haven’t noticed, crime is skyrocketing. And our streets look like scenes from a horror film.

While some may say that the team is ignoring their duty, we say any expectation of altruistic duty becomes null and void the moment politicians, district attorneys, and other “leaders” decide to lie, frame, and blame police officers for the sake of political posturing and pandering.