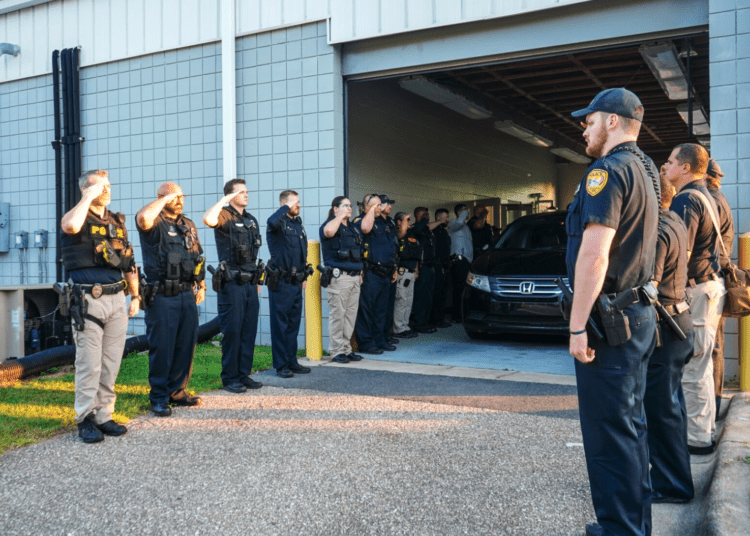 TALLAHASSEE, Fla. – A Florida police officer died in a traffic crash with a shooting suspect who was fleeing from law enforcement authorities.

The Tallahassee Police Department and the Leon County Sheriff’s Office have issued a joint news release.

Around 12:27 a.m., Wednesday, June 8, the Leon County Sheriff’s Office received a call about an assault at a home in the 4200 block of Saplin Court.

The suspect, 37-year-old Tyrone Cleveland, entered the home, where he resides, and shot three family members and then fled in a vehicle.

The suspect was also taken to the hospital with non-life-threatening injuries and is facing numerous charges.

Grief counselors are assisting members of TPD and LCSO and the fallen officer’s family asks for privacy at this time.

TPD has not released the identity of the officer who was killed in the line of duty.

Law enforcement authorities said the investigation is ongoing, and they will provide more details as they become available, WFSU reported.