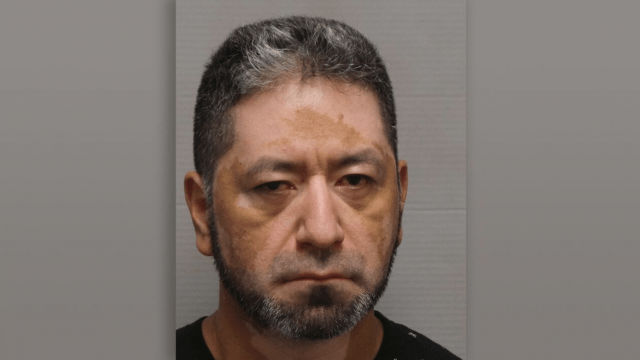 CHESTERFIELD, Mo. – A Missouri woman witnessed her daughter being sexually assaulted on Sunday and stopped the attack, according to court documents.

The accused assailant, Marco Haro, 50, of Chesterfield, Mo., is accused of raping a child and then preventing the girl, who is under 14, and her mother from fleeing the Chesterfield home where the attack unfolded, according to the arrest warrant.

The wheels of justice began on Monday, as Haro was charged with statutory rape or attempted statutory rape, kidnapping and armed criminal action.

The girl’s mother witnessed the attack and stopped it, a probable cause statement said. However, details regarding the actual crimes were not immediately available. A spokesman with the Chesterfield Police Department told Fox News he could not comment on the case since it is still under investigation.

When the girl, her mother and grandmother, who was also at home, tried to get away, Haro, who was allegedly holding a knife, blocked the door and wouldn’t let them leave, according to court documents.

When police arrived, the child, mother and grandmother were able to flee the home.

“I believe that the defendant, who is not a U.S. citizen, is at risk for not appearing in court because there has been an immigration detainer issued by the Department of Homeland Security,” police wrote in the probable cause statement.

Police said Haro has been deported twice before.

Consequently, he is being held without bond.

The spokesman with Chesterfield police told Fox News the authorities are looking to determine whether there are more attacks that might be connected to Haro.

Note: Law Officer realizes there is a significant difference between the crimes of rape and statutory rape. However, additional information was not included in the report. Therefore, we were unable to provide clarifying details.