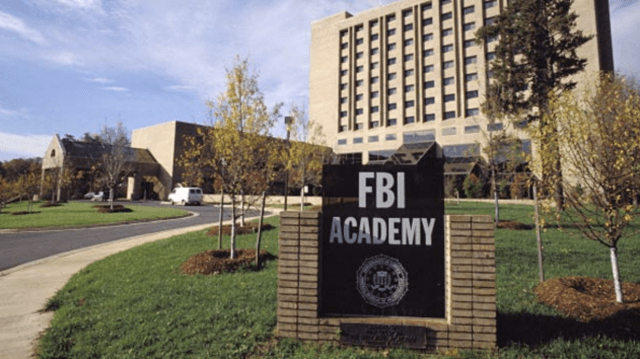 WASHINGTON – A group of female former FBI recruits is suing the bureau for alleged gender discrimination, accusing the agency of allowing a “good old boy network” to flourish at its training academy.

The 16 women, seven of whom still work at the FBI, filed a lawsuit Wednesday in Washington claiming the bureau subjected them to a hostile work environment and outdated gender stereotypes as well as punished them with a review process biased towards males and overt sexual harassment. Each of the women had been training to become special agents during the time they allege the discrimination occurred, reported NBC News.

“In many cases, the harassment and discrimination take the form of gender-plus discrimination, in that women of color or who have disabilities are excessively singled out for adverse treatment,” the lawsuit states. “Those female trainees who were offered other FBI employment were forced to take positions several grades lower than their previous grade or experience justified.”

According to the lawsuit, the women claim the FBI intentionally allowed the “Good Old Boy Network” to flourish unrestrained at the academy, its influence seen in subjective evaluations by mostly male instructors who dismissed female trainees “at a rate significantly and disproportionately higher than their male counterparts.”

One of the women, who asked to be identified as “Ava,” told NBC News the agents at the FBI’s training academy in Quantico, Virginia, made her feel “worthless and disposable.”

Consequently, the lawsuit comes as the FBI has been trying to increase the number of female agents in its ranks, according to the report.

The plaintiffs, who were trainees at Quantico between 2015 and 2018, estimate 80 percent of the trainees from their classes discharged prior to graduation were female.

The average graduating class has been about 20 percent female, according to statistics provided to NBC by the FBI. In fiscal year 2019 to date, however, females have accounted for 32 percent of the enrollment in the training course.

“If it was currently based on merit, we wouldn’t be filing a lawsuit,” Clare Coetzer told NBC News. “They pick and choose who they want to leave.”

The suit also names former FBI director James Comey, who is accused by one of the women of personally dismissing her complaints, and Mark Morgan, who is President Trump’s nominee to lead Immigration and Customs Enforcement.

According to the complaint, Lauren Rose – who works in the FBI’s Miami field office – was dismissed from training one week before her graduation in May 2015, despite having worked with the bureau since 2009. She wrote an email to Comey, who was the director at that time, informing him of the “prejudicial and discriminatory practices running rampant” at the academy.

In his response, Rose claims, Comey encouraged her to “stare hard at the situation and what it teaches you, especially about your strengths and weaknesses.”

Paula Bird, who also still works at the FBI, claims she received demerits for not using a flashlight in a dark setting during a deadly force scenario. In the court papers, she claims a male colleague who made the same mistake that day was not penalized.

“It became very clear that there were people that they considered that needed to be watched, and that group would have majority females,” Bird told NBC News. “You’re in the group that, ‘You don’t know what you’re doing, you’re not very good, and we’re going to watch every move you make because we’re expecting you to fail.'”

In a statement to Fox News, the FBI declined to comment on the litigation and insisted the bureau is “committed to fostering a work environment where all of our employees are valued and respected.”

“Diversity is one of our core values, and to effectively accomplish our mission of protecting the American people we need people of different genders, backgrounds, experiences, and perspectives,” the statement continued.

The plaintiffs in the lawsuit are being funded in part by the Time’s Up Legal Defense Fund.

David J. Shaffer, the lawyer for the women, told the New York Times that the real purpose of the lawsuit was to “change the culture of the FBI.”

He said the FBI has not been willing to discuss the current complaints.

“Everybody wants to sweep it under the rug,” he told NBC News.