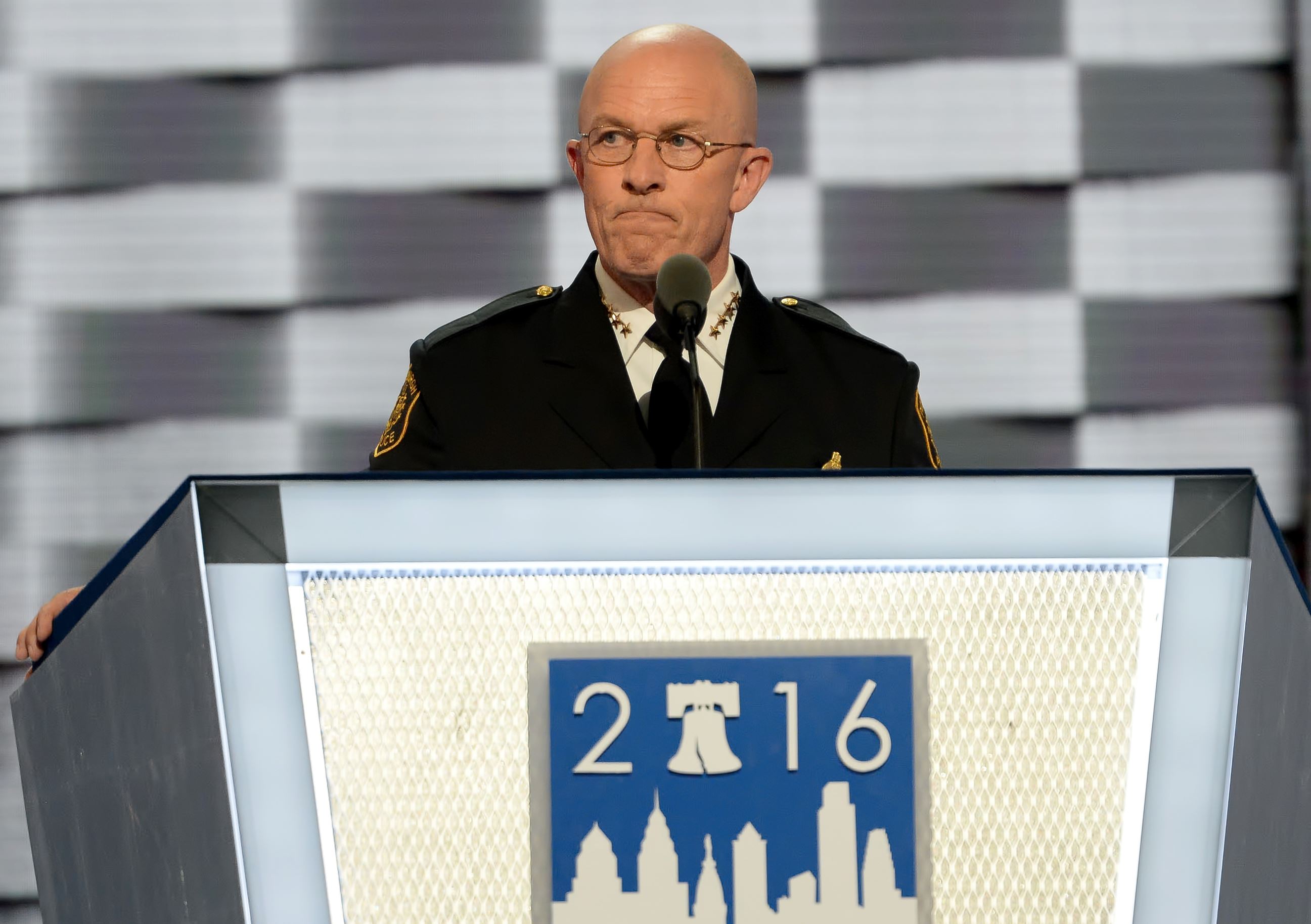 Close to 60 percent of city’s 759 active-duty officers voted Wednesday, and 421 voted “no confidence” in McLay. Sixteen expressed their support for the chief while 22 abstained. The officers are members of the Fraternal Order of Police Lodge No 1.

McLay has had a rocky relationship with the rank and file officers ever since he assumed the position in 2014. McLay upset members of the union when he spoke at the Democratic National Convention (DNC) in July while wearing his police uniform.

Police union leadership alleged that McLay’s appearance in uniform was the equivalent of campaigning, which would be in violation of the city code and the police department’s code of conduct. After a public spat and investigation, and independent board ruled that the police chief did not violate any rule or law by attending and speaking at the DNC.

In January 2015, Chief McLay was photographed holding up a sign that reads: “I resolve to challenge racism @ work. #EndWhiteSilence.”

That action also brought the union’s complaints as they saud that he insinuated that members of the agency were racist.  The chief denied that allegation.