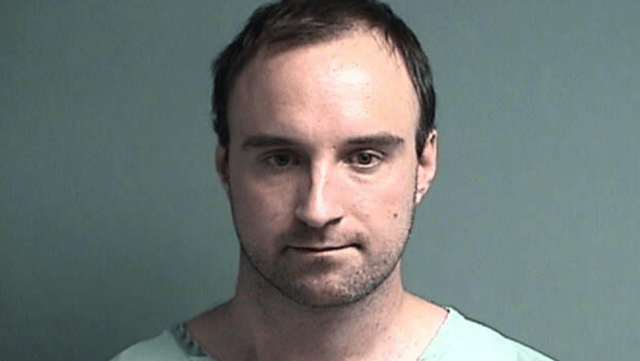 SUSSEX COUNTY, N.J. – A New Jersey man was arrested for asking local farmers permission to have sex with their animals — and then threatening the farmers and damaging their cars when refused, a report said.

Richard Decker, 31, began sending the messages to Sussex County farms and horse stables in 2018, asking the animal caregivers if he could have sex with their cows and horses, the New Jersey Herald reported.

When the farmers rejected him, Decker allegedly sent threats and placed homemade metal spikes on their driveways to damage their tires, according to the report.

In one case, he threatened to beat a farmer’s wife with a wooden stick when denied permission.

Several of the property owners reported the spikes had damaged their tires.

Decker was arrested in Vernon Township on Oct. 3 after police searched his home. He appeared in state Superior Court Wednesday in front of Judge N. Peter Conforti after the state, represented by Assistant Prosecutor Magdelen Czykier, filed a motion to detain him pending the disposition of his case.

Conforti, following the roughly 45-minute detention hearing, said he was “clearly convinced” that Decker should be detained, stating that he was “not certain” there was any release conditions that would “ensure the safety of the public.”

“In my view, there is a pattern of unlawful conduct that presents a danger to the community in the actions of Richard Decker,” Conforti said.