Dezire Baganda was charged with 57 counts of felony aggravated assault 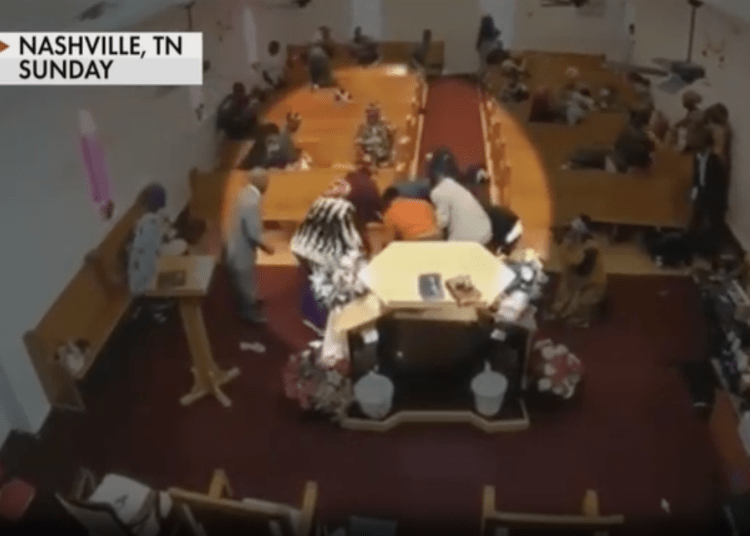 NASHVILLE, Tenn. — Pastor Ezekiel Ndikumana tackled a man who was waving a gun during the service at Light Mission Pentecostal Church Sunday in Nashville. Ndikumana, who is being hailed as a hero for his actions, believed he was facing death.

Ndikumana explained through a translator while appearing on “Fox & Friends First” what went through his mind when he saw the man brandish a gun during the service.

“I saw that we were already dead,” he said. “In my mind, I was thinking that there was nothing else to do, except there was only either live or die.”

Nzojibugami “Noah” Noe, who was translating for the pastor, attends Light Mission Pentecostal Church and witnessed the event.

The church congregant said he thanks God for Ndikumana’s bravery during the shocking incident.

“That was — honestly was incredible because that was something that I was never expecting,” Noe told Carley Shimkus during the televised interview. “I was shocked myself, and then seeing my pastor going behind him. It was just brave.”

Ndikumana credits God with giving him the fortitude and ability to act as the armed man threatened the safety of those in attendance.

“God gave me the strength to do that because if somebody’s already pointing a gun on you like that, probably there’s nothing else to do.”

Ndikumana tackled the suspect, who was identified as Dezire Baganda, from behind and was able to hold him down with the assistance of congregants until police arrived and made the arrest.

Baganda, 26, was charged with 57 counts of felony aggravated assault, according to the Metro Nashville Police Department. No shots were fired during the stunning crime.

Dezire Baganda, the man accused of pulling a gun during Sunday's service @ Nashville Light Mission Pentecostal Church, is now facing a total of 57 cts of felony agg assault; 42 new warrants were issued today. No shots were fired; a pastor tackled Baganda & held him for officers. pic.twitter.com/q0Pctqnp9D

Noe said he recognized Baganda but does not know him personally, Fox News reported.

“I’ve seen him a couple of times because we will go to play soccer sometimes,” Noe said.

“But we don’t know and we don’t understand why he would do such a thing.”