Missouri police sergeant awarded $19M in discrimination suit, says he was told to tone down his ‘gayness’ 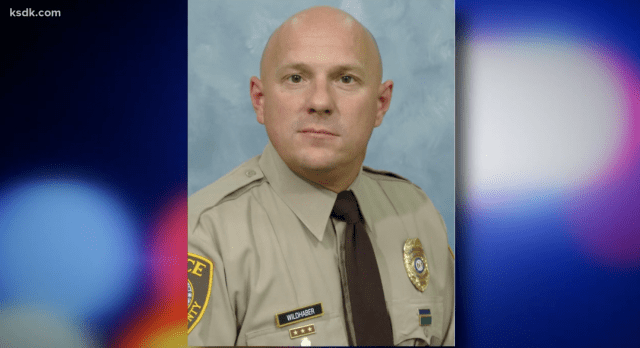 ST. LOUIS COUNTY, Mo. – A Missouri police sergeant was awarded $19 million by a jury on October 25 in a discrimination suit, according to news outlets in the St. Louis area.

Sergeant Keith Wildhaber, a 25-year veteran of the St. Louis County Police Department who also served in the military, filed and won a discrimination lawsuit against the department, alleging that it denied him promotions because he was gay.

In the suit, Wildhaber said he had received “extremely positive feedback” during his career as a police officer. Nevertheless, he says he was passed over for promotion no less than 23 times.

According to KSDK, the lawsuit mentioned an incident that allegedly occurred in 2014. It claimed that John Saracino, who was at the time a member of the St. Louis County Board of Police Commissioners, told Wildhaber that he would need to stop overtly expressing his sexual identity if he wanted to move up in the ranks.

“The command staff has a problem with your sexuality,” Saracino allegedly told Wildhaber. “If you ever want to see a white shirt [i.e., receive a promotion], you should tone down your gayness.”

Moreover, the suit said this incident prompted Wildhaber to file a complaint with the U.S. Equal Employment Opportunity Commission as well as the Missouri Commission on Human Rights. This, the suit claimed, spurred the department to transfer Wildhaber from working at the Affton precinct near his residence in the afternoon to taking the overnight shift in the Jennings precinct, nearly 30 miles from his home.

Chief Jon Belmar, who testified in front of the jury, maintained that a promotion was not withheld from Wildhaber due to his sexual orientation. Rather, one of the main rationale for not promoting Wildhaber was an allegation that he “had tipped off the target of an FBI investigation,” according to the Post-Dispatch. Wildhaber himself denied the allegation.

Furthermore, other police commanders told county attorneys that Wildhaber was not transferred as “punishment” for his discrimination complaints, but rather because his relationship with his captain in the Affton precinct was not conducive to a positive work environment, the Post-Dispatch reported. Belmar also said that he had not even been aware of Wildhaber’s transfer.

Nevertheless, these defenses did not satisfy the jury, who decided in Wildhaber’s favor this past Friday.

“We wanted to send a message,” the jury foreman—identified only as “juror No. 4″—told the media, as reported by the St. Louis Post-Dispatch. “If you discriminate you are going to pay a big price…You can’t defend the indefensible.”

Father arrested after 3-year-old accidentally kills himself with handgun