Maryland woman found with dead children in trunk of car 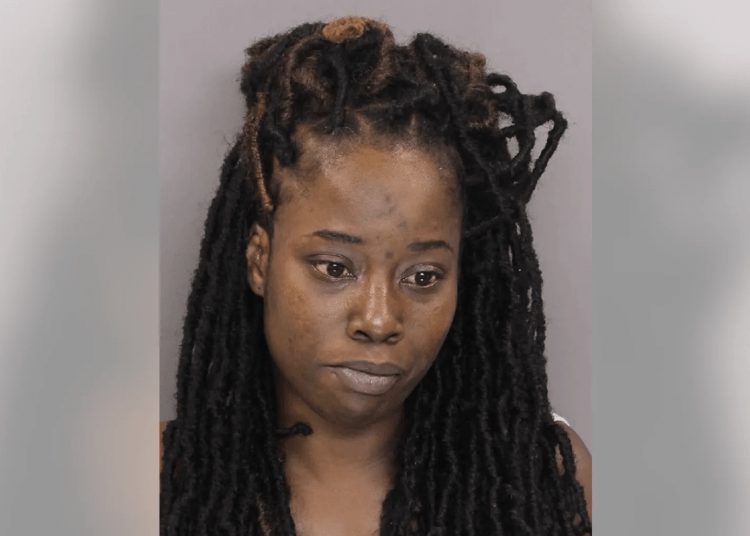 Nicole Johnson, 33, faces multiple charges in connection with the deaths of her niece and nephew, who were found dead during a police traffic stop. (Baltimore County Police Department )

BALTIMORE — A Maryland woman was found driving a vehicle, which contained the bodies of two dead children, ages 7 and 5. The bodies were discovered as Nicole M. Johnson, 33, was stopped by police near Baltimore. It turns out the woman was an aunt to the deceased children, and she had been driving around with their bodies for months, according to reports.

The dead children were identified as 7-year-old Joshlyn Johnson and 5-year-old Larry O’Neil. The kids were siblings. Nicole Johnson faces multiples charges, including neglect and first-degree child abuse that resulted in the death, Fox News reported.

Johnson was stopped by officers from the Baltimore County Police Department’s Essex Precinct for speeding at 11 p.m. on Wednesday. The vehicle had bogus paper tags from West Virginia and was unregistered and uninsured, WBFF-TV reported.

As the car was being prepared to be towed, the bodies of the children were discovered. When Johnson went to the trunk of the car to gather her belongings, an officer saw maggots and smelled “the unmistakable odor of decomposition” and  according to WBFF-TV.

Inside luggage was the body of one of the children.

After the discovery, Johnson attempted to flee on foot, but was caught a short time later. When officers completed the search, they discovered the second child concealed in a plastic bag, authorities said.

One of the children had been in the trunk of the vehicle since May 2020, according to court documents, the news outlet reported.

Johnson told detectives she became angry at one of the children in May 2020 and hit her several times. As a result, the child struck her head. Her body was subsequently placed in the suitcase, authorities said.

The woman said the other child became injured two months ago and never recovered and died. She put both bodies in the trunk of her car.

Investigators still need to confirm the cause of death for both children, Fox reported.

“This truly was a devastating incident – one that not only shocked our community to its core, but significantly affected our patrol officers, forensic technicians, and detectives,” Baltimore County Police Chief Melissa Hyatt said. “I am grateful that the harrowing details of this case were thoroughly and quickly uncovered, resulting in an expeditious closure to this tragedy. I want to commend all of our Baltimore County Police Department members who worked tirelessly throughout this investigation to bring justice to these innocent, young victims.”

Johnson said her sister surrendered the children to her because she could not care for them. She had moved with her children from Ohio to Maryland in July 2019, court documents said.

“I’ll never get to see my kids because a mistake I made in trusting my sister I wish I could take it back but I can’t,” the mother wrote in a Facebook post, according to WBFF-TV. “I was in the process of getting them back when she just disappeared. I still trusted her and didn’t want to think the worse. This is my blood sister she’s was my family.”