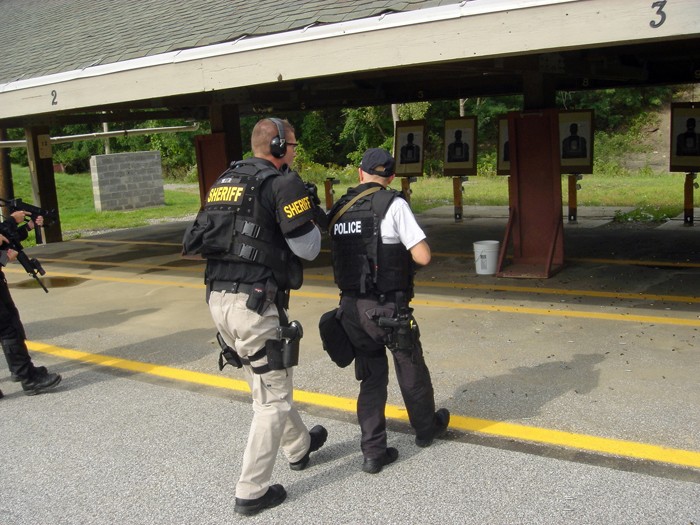 "The most tactical question I ever answered on a promotional exam was… What’s the maximum length of chain between a towed vehicle."

—QUOTE FROM A CAPTAIN

Baltimore: During recent riot events, many officers were injured. According to Baltimore officers, these injuries were a direct result of refusal of command staff to field properly equipped officers per their riot control training and to make sound tactical decisions. As quoted inNewsweek, Baltimore’s mayor stated, "It’s a very delicate balancing act, when we have to make sure that we’re managing but not increasing and escalating the problem."

One thing is for sure, analysis/paralysis or overthinking the response to police special operations allows the momentum to shift to the suspect(s) and police then face a dangerous game of catch-up, which can result in catastrophe.

Like so many times before, police special operations personnel and tactical assets and their plans were circumvented by politicians and police management with tragic results. In this case, more than 100 police officers were injured and widespread looting and arson occurred.

More Than Just Weapons and Skills

Oftentimes SWAT teams, riot control and mobile field force strategies are built around specific skills and missions, such as narcotics search warrant entries, deployment of chemical munitions and riot control formations. Although understanding and mastery of individual and team skills is vital, how and when to deploy, strategies and tactics are oftentimes ignored by management. Further, often ignored in the training and preparation for teams is the chain of command’s decision-making training, tactics and the development of leadership in crisis or chaotic conditions. While individual officers train on individual skills in varying levels of stress including force-on-force training, commanders and police leadership are never educated or trained in their most important task—leading officers in dangerous and chaotic conditions. These supervisors are never placed in roleplaying exercises simulating real world or real time conditions. The problem is that with this system, the test comes first and the outcome can be tragic.

Knowing how and when to deploy specialty teams and tactics is just as important as understanding and mastery of individual and team skills. PHOTOS KEVIN R. DAVIS

How many street patrolmen or SWAT officers have been unnecessarily exposed to risk or injured based on a refusal to deploy properly or ignorance of strategy and tactics?

The Decision to Deploy or "Go Tactical"

A number of years ago, Don Healy from the Baltimore Police Department lectured at the National Tactical Officer’s Association conference about the reluctance to go tactical by police administrators and commanders. Healy pointed out that many police supervisors have a "not on my watch" mentality: "In essence they delay any decision to go tactical. There is a ‘damned if you do, damned if you don’t’ attitude. The latter option is preferred by many. Less to explain."

"In all but the rare exception, officers desiring to advance in rank, especially to a command level, must demonstrate some basic knowledge of managing, budgeting, staffing, organizing and planning. Those same officers, though, may not have the faintest inkling of logistics, intelligence, operations or command and control. Is it any wonder that these people make great managers and poor commanders? It is a bitter irony that these leaders are also the most likely to be called upon to handle the largest and most complex tactical operations. It is a gut-wrenching experience listening to a person who has gained respect and acclaim as an administrator, but who has minimal experience and little knowledge or understanding of tactical science, criticizing an operation for which they have only minimal comprehension."

In many cases this has to do with the fact that many police supervisory personnel have never been educated in crisis decision making, tactics and planning. Further, they are not aware of the capabilities and limitations of their tactical assets. Also making an adverse impact with administrators are political implications such as the red herring of "militarization" of American police. With uneducated folks in the media and police groups commenting about how armored vehicles, weapons and officers properly outfitted for riot control are too "military" in appearance belies the fact that these vehicles and equipment save lives and prevent injury. One only has to study past police operations to understand the flaw in this thinking. The recent assault on Dallas Police headquarters shows the value of such vehicles and armament, which saved the day against a heavily armed and armored criminal suspect.

Ordering tactical elements and crowd control officers to not deploy with the proper tools can be catastrophic. In the excellent new book by Ron McCarthy (LAPD, ret.) and Tomas Mijares (Detroit PD, ret.), Significant Tactical Police Cases: Learning From Past Events To Improve Upon Future Responses (2015; Charles C. Thomas) the authors relate the Springle Street barricade incident in Detroit of October 17, 1988. In that incident the newly formed Special Response Team (SRT) responded but was ordered not to deploy with its MP-5 subguns. Further, instead of firing the proper amount of chemical munitions into the apartment, the SRT grenadier was ordered to fire half as many. In the resultant entry the suspect, Charles Knowles, unimpaired by chemical munitions, bunkered in his apartment, shot and killed SRT entry man Officer Frank Walls when entry was ordered. Knowles was then shot and killed by other SRT officers.

Listen to McCarthy’s and Mijares’s remarks about leadership: "…leadership is a continuously developing process that can be attained only through the conscious efforts of the leader to learn more about the craft.

"It requires the ability to see beyond the bottom line of financial expenses and into the horizon of organizational consequences for actions followed or ignored. Leadership requires the moral courage to make judgment from a range of options and then to select the correct course and guide the subordinates to the proper destination. While the organizational manager may choose to do things right, the organizational leader will do the right thing. Most importantly, in so doing, the true leader will lead by setting the proper example."

First of all, command level supervisors must admit they have a serious deficit in their tactics and training in this area. Second, they must educate themselves about the capabilities and limitations of their special operations officers including SWAT and riot control. What can they safely do? How do they operate? What equipment do they have and how does it operate?

Next, they should attend training programs on leadership in crisis and special operations given by such groups as the NTOA or IACP. They should read and study such books as Sid Heal’s Field Command and Sound Doctrine and Significant Tactical Police Cases by Mijares and McCarthy.

Leading in a crisis and in special operations is an aquired skill that can be bolstered by certain training programs.

Once they make the decision to "go tactical" they should leave the overall mission briefing and planning up to the professionals, standing back without interfering or allowing politics and politicians to inhibit or endanger their officers. Clear on the goals and risks of the mission or tasks, they are steadfast in their most important mission—taking care of the troops.

Everybody wants to be captain of the ship when in calm seas and under blue skies. But too many skippers have sunken their vessels and drowned their crews when they were ill prepared for foul weather and hazardous conditions or when the fog of war instills fear and doubt and inhibits intelligence gathering or timely communications.

A street patrolman, SWAT officer or police officer assigned to riot control must be competent in a large and vast number of skills and abilities. They are expected to have mastery of everything from the laws and ordinances to suspect control skills and deadly force.

But police leadership is not promoted, trained or tested in the tactics, techniques and procedures of leading police officers in riotous or dangerous conditions when facing committed opposition from rioting citizens or hardened criminals. And that needs to change.

KEVIN R. DAVIS is a full-time officer with more than 25 years in law enforcement. Previous assignments include patrol, corrections, and plainclothes narcotics investigations. He’s a former SWAT operator, team leader and instructor currently assigned to the training bureau where he specializes in use of force, suspect control and firearms training.